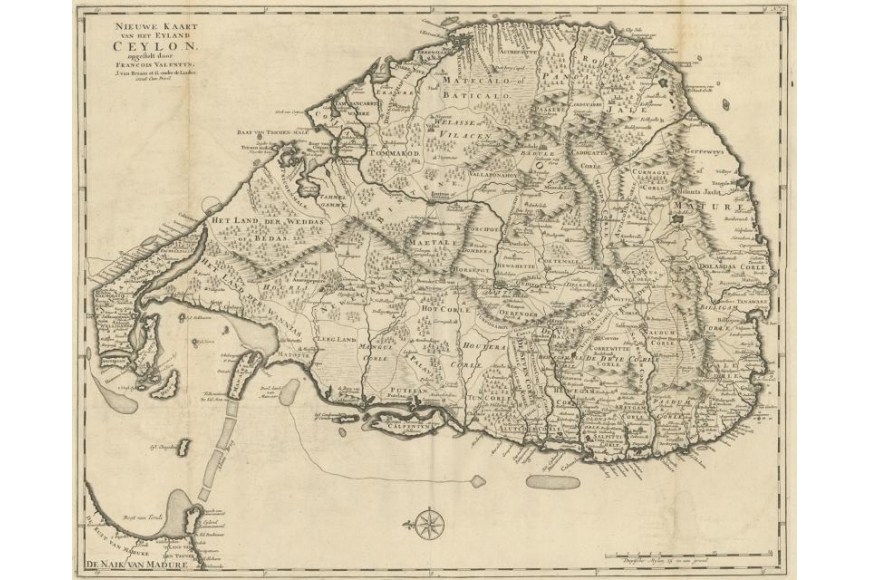 This Dutch map of Sri Lanka titled 'Nieuwe Kaart van het Eyland Ceylon' shows old Dutch fort town/harbour of Galle on the right and the islands Amsterdam, Leiden and Delft at the bottom left. The island Delft kept its name until today. A beautiful and detailed map.

The Portugese settled on the island in 1505, followed by the Dutch who build a number of canals from the inland (mainly from Candy) to the coast to transport the many herbs and other wares. There was also a business in catching and training elephants and export them to mainland India. In 1796 the British took over from the Dutch. There is still a large community of descendants of the Dutch, named Burghers. Ceylon became independent in 1948 but was renamed Sri Lanka in 1972.

This map originates from 'Oud en Nieuw Oost-Indiën' by F. Valentijn and is for sale in Bartele Gallery.