> All Blog News > From the days AUSTRALIA was NEW HOLLAND and CALIFORNIA was thought to be an ISLAND...

From the days AUSTRALIA was NEW HOLLAND and CALIFORNIA was thought to be an ISLAND... 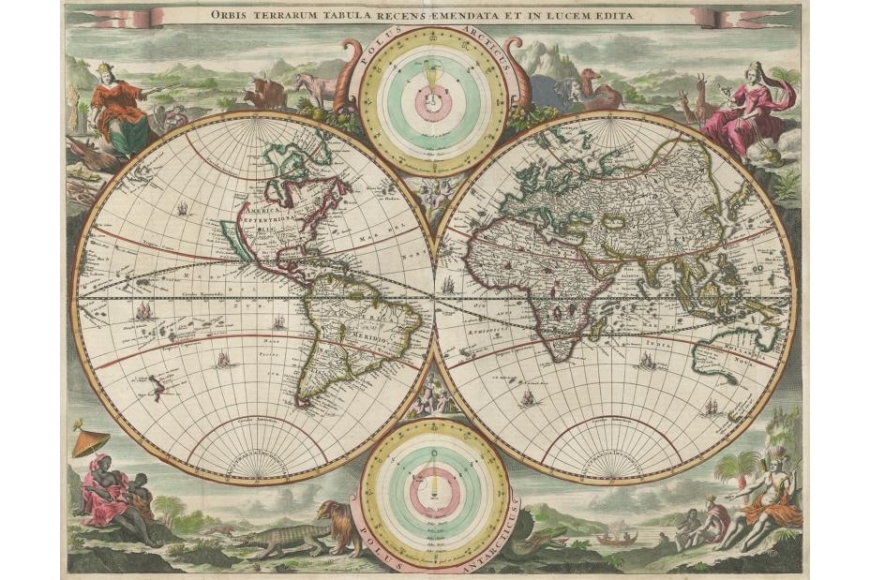 Antique world map titled 'Orbis Terrarum Tabula Recens Emendata et in Lucem Edita'. Decorative double hemisphere world map. Illustrated with numerous exotic animals and four female allegorical representations of the continents. At the top and bottom are two diagrams depicting the Copernican and Ptolemaic theories of the solar system. Daniel Stoopendaal. Each corner features an allegorical representation of the continents in their feminine forms. Each is surrounded by beast including lions, crocodiles, serpents and elephants, though to be indigenous to the individual continents. He is best known for his garden and landscape prints.