Antique Print of the Naval Battle of Texel by Merian (c.1680) 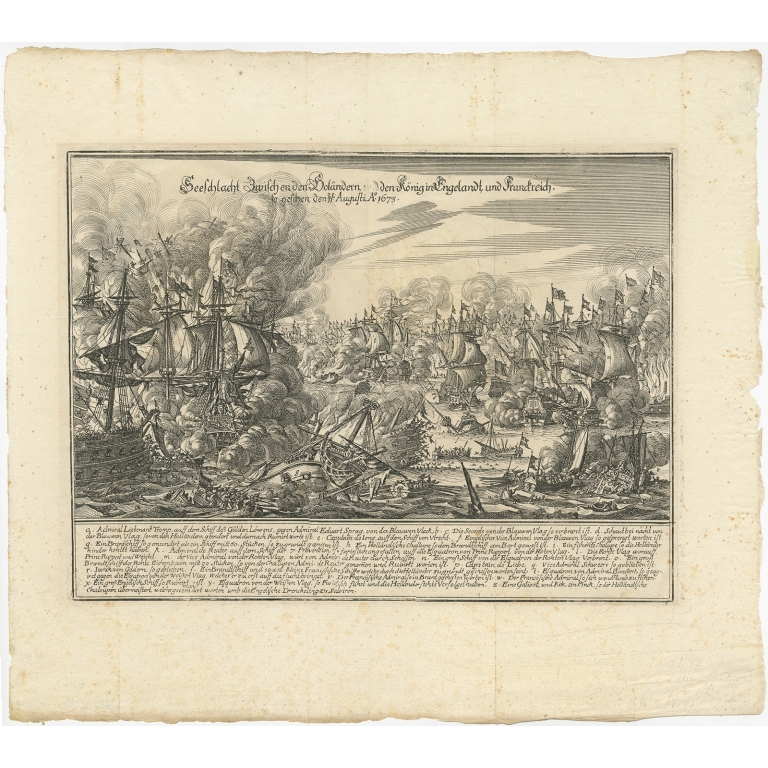 Description: Antique print titled 'Seeschlacht Zwischen den Holändern und den König in Engelandt und Franckreich'. Engraving of the Battle of Texel. The naval Battle of Texel or Battle of Kijkduin took place off the southern coast of island of Texel on 21 August 1673 (11 August O.S.) between the Dutch and the combined English and French fleets. It was the last major battle of the Third Anglo-Dutch War. This print originates from 'Theatrum Europaeum' by Merian.