Antique Map of the East Indies by Coronelli (c.1690) 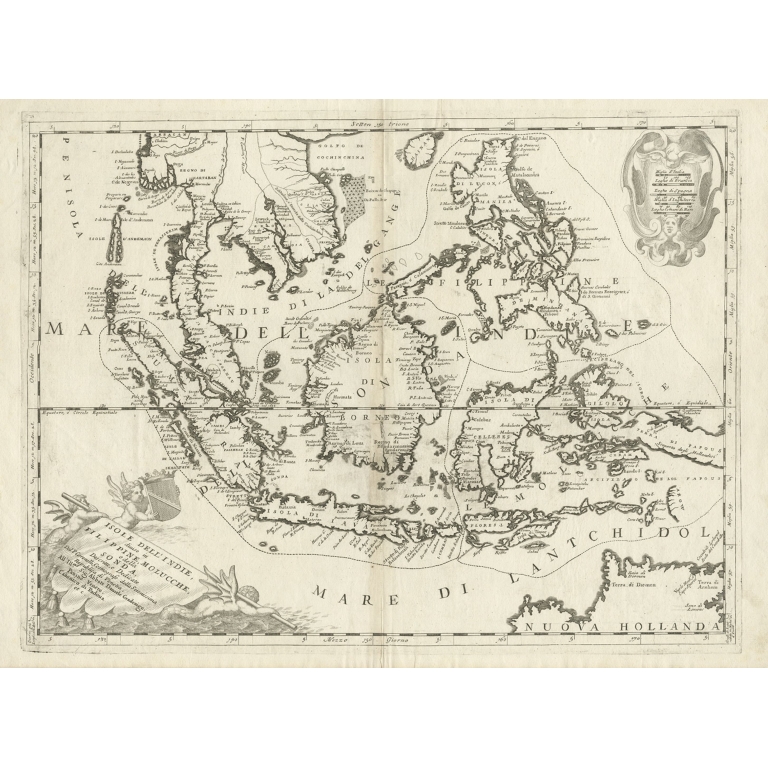 Artists and Engravers: Coronelli was both a cleric and an encyclopedist, with a particular interest in geography and cartography. In 1681 Coronelli served as Royal Cartographer to King Louis XIV in Paris, gaining special access to the most current records on world geography sent in from the colonies, and provided by the French Academy of Sciences. Coronelli returned to Venice in 1684 and founded the Accademia Cosmografica degli Argonauti, a geographical society with membership drawn from the aristocracy and church hierarchy, and a year later he was appointed Cosmographer to the Republic of Venice. He also started a successful publishing career, and was sole author or contributor to over 140 titles and produced several hundred maps, either printed separately or as parts of atlases. By the end of the 17th century, Coronelli was perhaps the most famous map publisher in Europe and received constant requests from his contemporaries for information that would enable them to bring their atlases up to date.