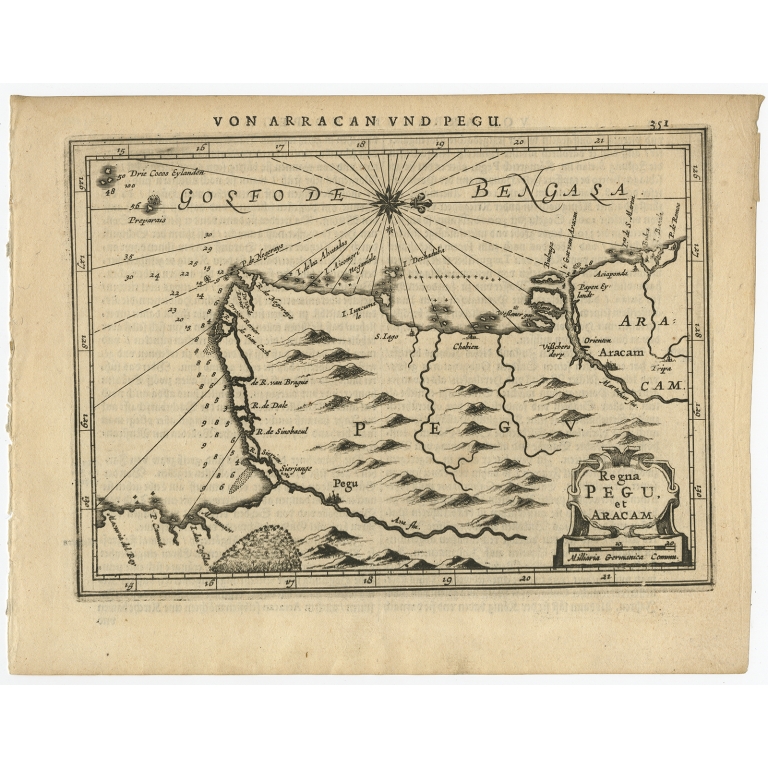 Description: Beautiful map of part of Myanmar from Jansson's edition of Mercator's Atlas Minor. North to the right of map.