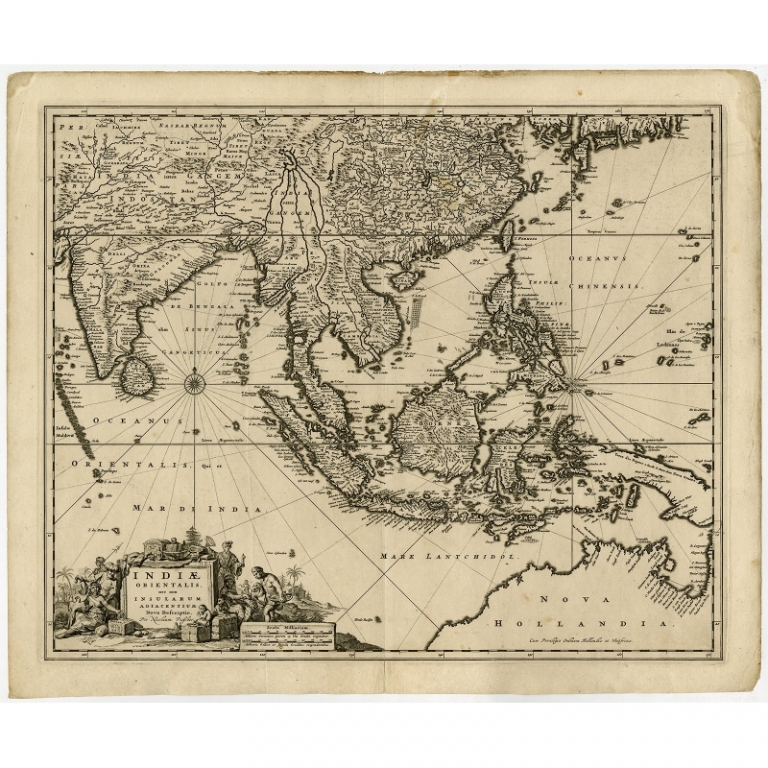 Description: Antique map titled 'Indiae Orientalis, nec non Insularum Adiacentium Nova Descriptio.' Map of Southeast Asia. The map centers on the Strait of Malacca and Malay Peninsula. It extends from India and the Maldives in the west to New Guinea and the southern coast of Japan in the East. Decorative title caartouche in the lower left. Published by Nicolaes Visscher in Amsterdam, c. 1670.

Artists and Engravers: The Visscher family were art and map dealers in Amsterdam during the 17th century. Funded by C. J. Visscher (1587-1652), the business was continued by his son and grandson both named Nicolaes. Nicolaes Visscher I was born 1618 in Wenns, Austria. He died 1679 in Linz. Nicolaes Visscher II (Amsterdam; 1649-1702). After the death of Nicolas II, his widow passed the business to Pieter Schenk.