> Antique Maps>Nautical & Sea Charts>Antique Map of the Passage between the Atlantic and Pacific Oceans by Bellin (c.1753)

Antique Map of the Passage between the Atlantic and Pacific Oceans by Bellin (c.1753) 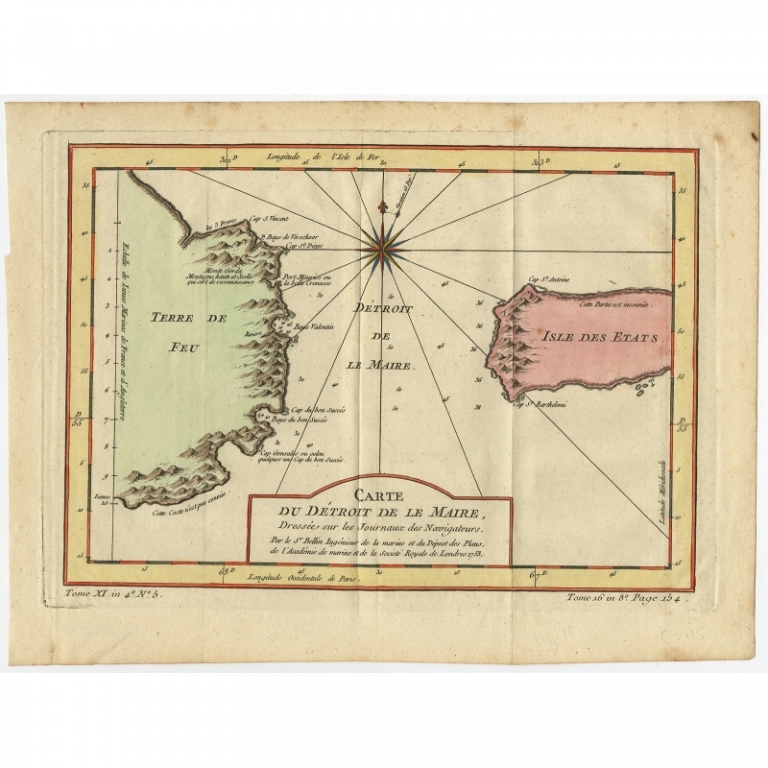 Description: Antique print, titled: 'Carte du Detroit de le Maire (…)' - This chart illustrates the important passage between the Atlantic and Pacific oceans. Jacob Le Maire and Willem Schouten discovered the strait in 1616, which was a much less treacherous route than the Strait of Magellan, and opening up a new trade route for the Dutch. The map is adorned with a fine compass rose.Source unknown, to be determined.

Artists and Engravers: Made by 'Nicolas Bellin' after an anonymous artist. Jacques Nicolas Bellin (1703 - 1772) was a French hydrographer, geographer, and member of the French intellectual group called the philosophes. Bellin was born in Paris. He was hydrographer of France's hydrographic office, member of the Academie de Marine and of the Royal Society of London. Over a 50 year career, he produced a large number of maps of particular interest to the Ministere de la Marine.