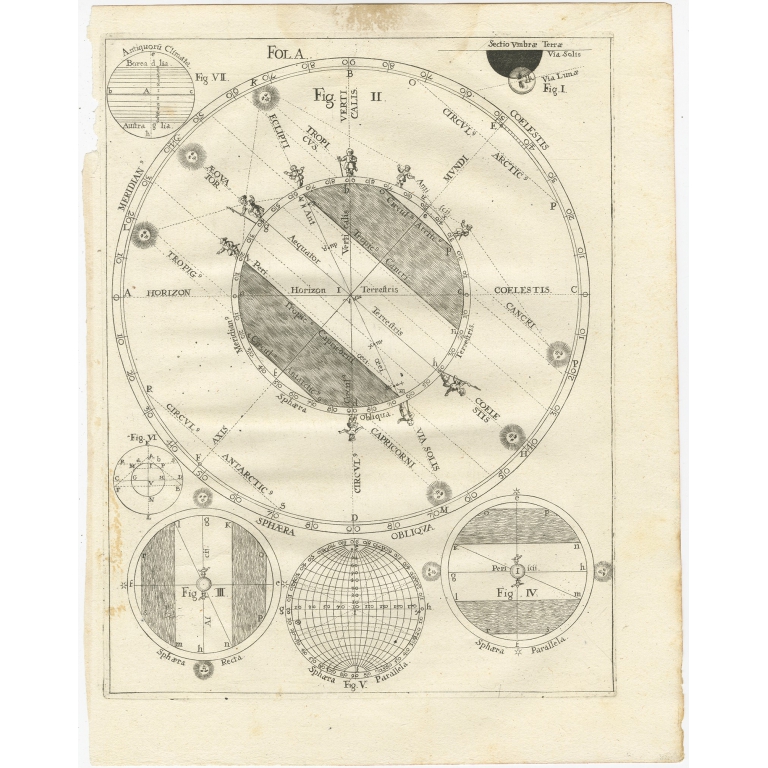 Description: Antique map of an hemisphere and several figures illustrating the position of the earth, moon and sun. Printed for Scherer's 'Atlas Novus' (1702-1710).