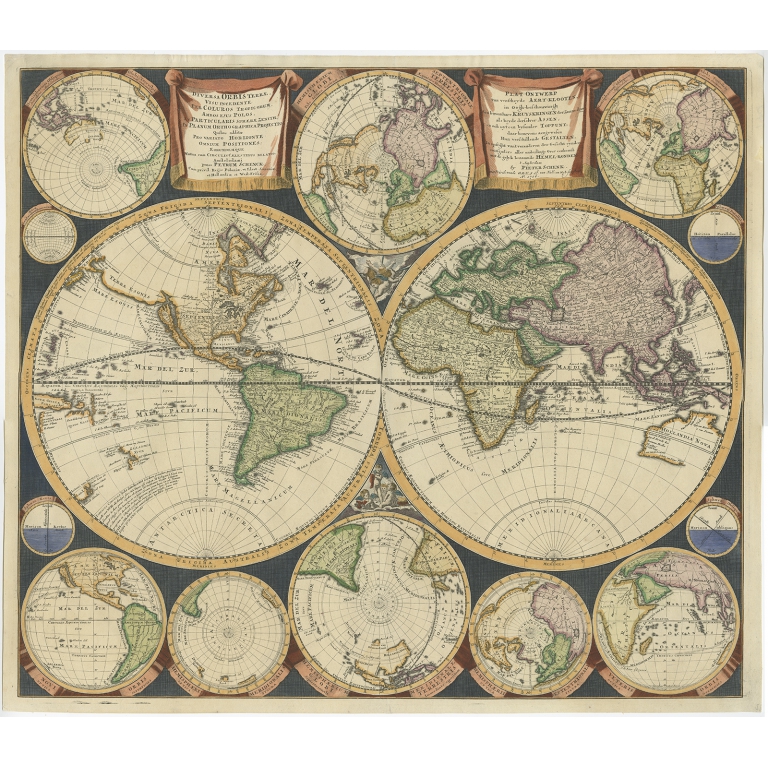 Description: Antique map titled 'Diversa Orbis Terrae. Visu Incedente per Coluros Tropicorum, Ambos Ejus Polos, et Parciularis Sphaerae Zenith, in Planum Orthographica Projectio (..) Plat Ontwerp van verscheyde Aert-klooten (..)'. One of the earliest Dutch World Maps to focus on a more modern cartographic style, based on Carel Allard's map of 1696. This map represented a noteworthy shift from the traditional decorative Dutch 17th century maps where the margins would be full of classical mythological figures and references. Here we have a more strictly scientific approach with only a handful of cherubs parcelled in between the two largest hemispheres.