Antique Print of the Oldehove Tower in Leeuwarden by Koster (1858) 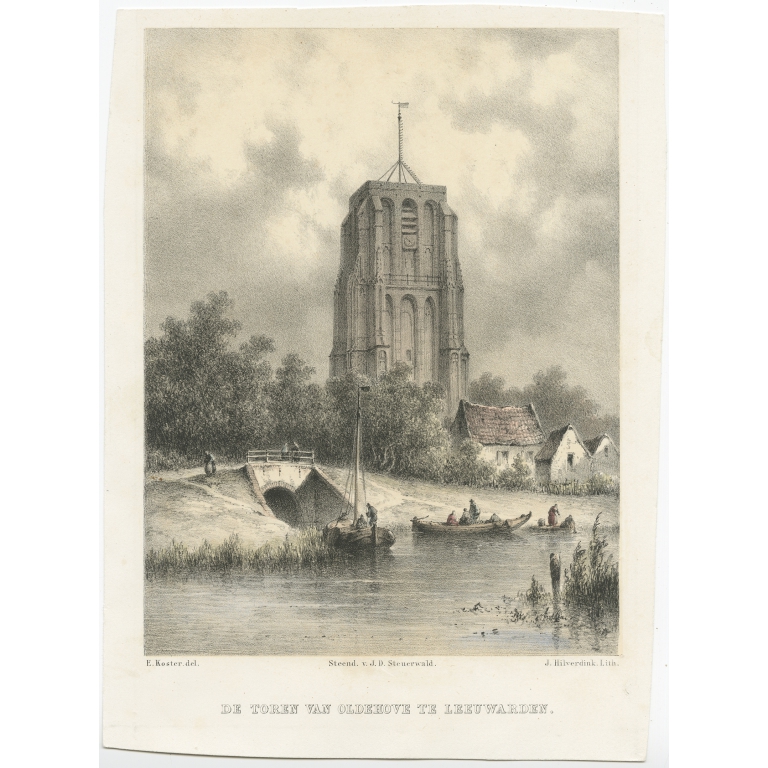 Description: Antique print titled 'De toren van Oldehove te Leeuwarden'. Old print with a view of the Oldehove tower in Leeuwarden, Friesland. The Oldehove is a leaning and unfinished church tower. Oldehove is also the name of an artificial mound on which in the late 9th century a (Catholic) church dedicated to Saint Vitus was built. Construction of the adjoining Late Gothic tower began in 1529, after the citizens of Leeuwarden demanded a tower taller than the one in the city of Groningen, the Martinitoren. In charge were Jacob van Aken (or Aaken) and, after his death, Cornelis Frederiksz. The tower's tilt began during construction. The builders tried to compensate for the tilt, but the project was stopped in 1532 (1533 according to another source). In 1595–1596, the then derelict church was demolished, but the tower remains. This print originates from 'E. Koster's schetsboek: Nederlandsche Stads- en Havengezichten' by E. Koster.