Antique Print of the City of Leeuwarden by Bor (c.1630) 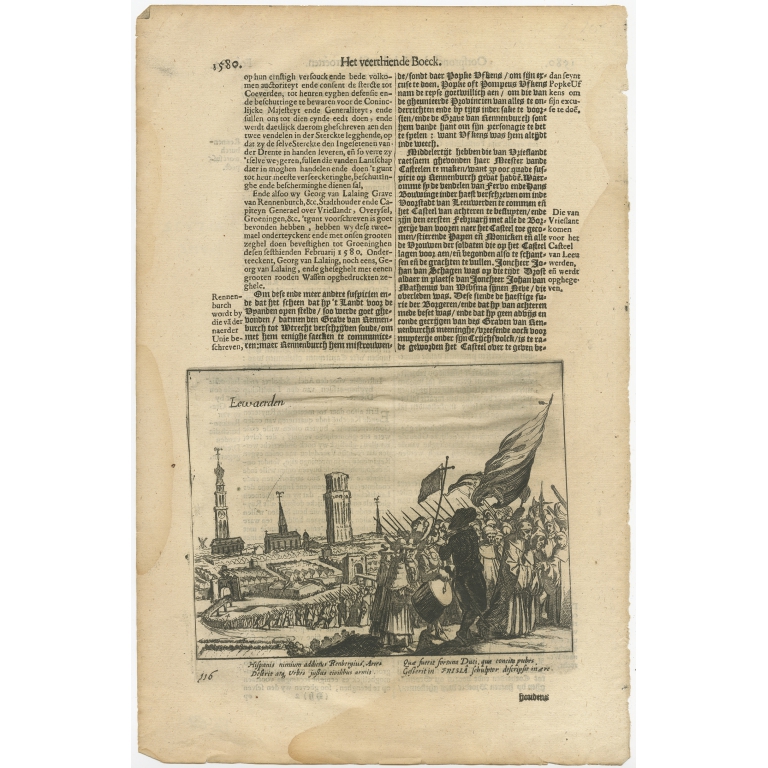 Description: Antique print titled 'Lewaerden'. Old print of Leeuwarden, showing the Catholics who left the town during the Dutch Spanish war. This print originates from 'Oorspronck, begin ende vervolgh der Nederlantsche Oorlogen (..)' by P.C. Bor. his important work on the first five decades of the 80 Years War raging in the Netherlands, Belgium and the western part of Germany from 1568-1648. Many of the plates are after 'Geschichtsblatter' by Frans Hogenberg and after plates from J. J. Orlers' work. New plates were added as well. Most of the plates were used before in the work of Baudartius published in 1616.