Antique Map of the City of Alkmaar by Priorato (1673) 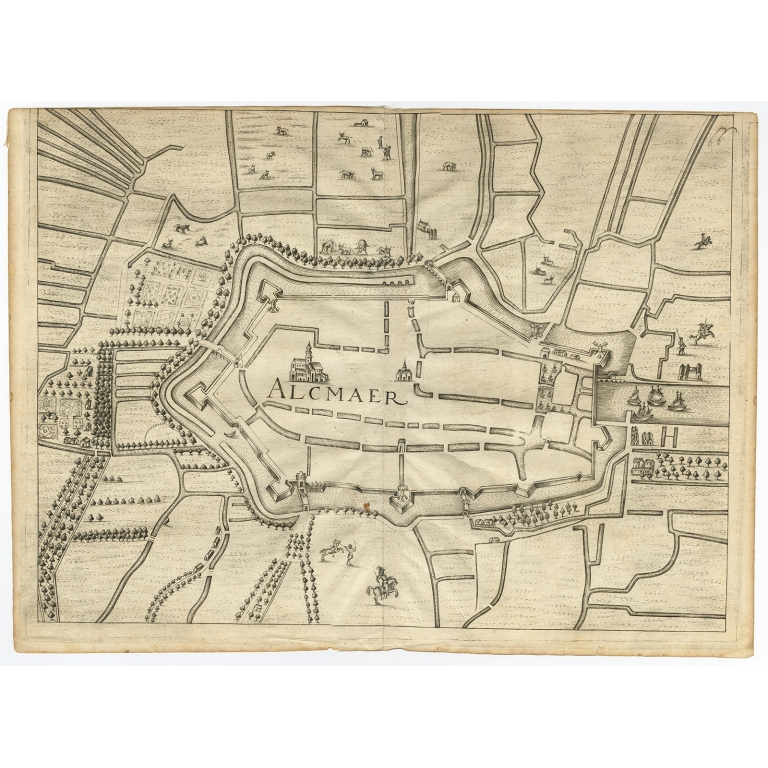 Artists and Engravers: Author: Galeazzo Gualdo Priorato (1606-1678) entered military service at a very young age and served in Flanders under the Prince of Orange. After his retirement, he authored several historical accounts including the Teatro del Belgio, which described the Catholic/Protestant wars in Belgium and Netherlands during the seventeenth century. His superb plans do not show the internal layout of the cities, except for showing the locations of the major churches. Instead the emphasis is on the fortification, as well as on the surrounding site, rivers and canals. Gaspar Bouttats (1625 - 1695), Flemish engraver.