Antique Map of the City of Oldenzaal by Orlers (1615) 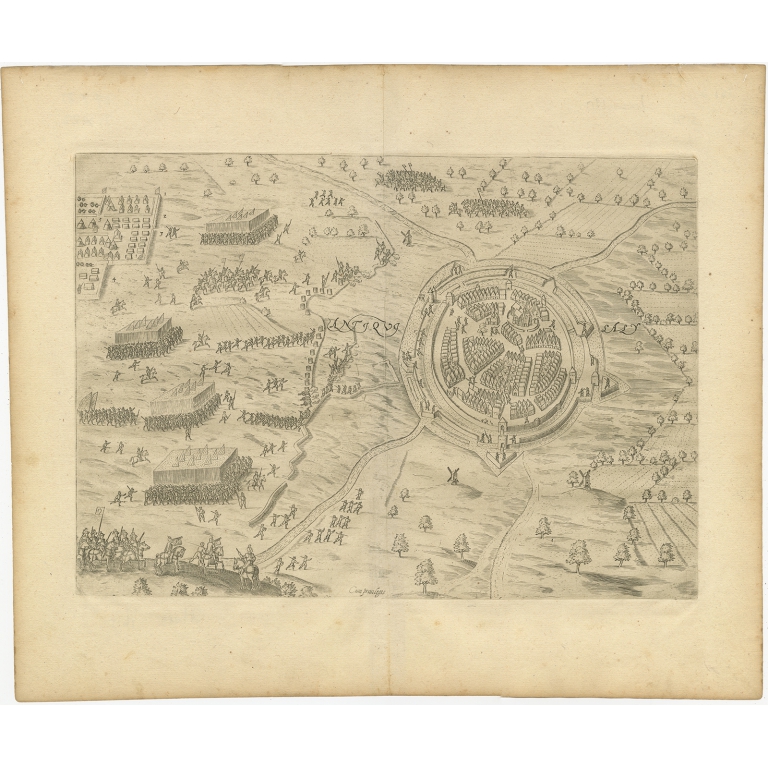 Description: Antique map depicting the Siege of Oldenzaal, the Netherlands. The Siege of Oldenzaal was a short siege that took place during the Eighty Years' War and the Anglo–Spanish War by a Dutch and English army led by Maurice of Orange of the city of Oldenzaal from 20 to 23 October 1597. The city surrendered to the overwhelming Dutch and English force. The siege was part of Maurice's campaign of 1597 known as the Ten Glory Years, his highly successful offensive against the Spaniards. This map originates from 'La genealogie des illustres Comtes de Nassau' by Jan Jansz. Orlers.