Antique Map of the City of Deventer by Braun & Hogenberg (1588) 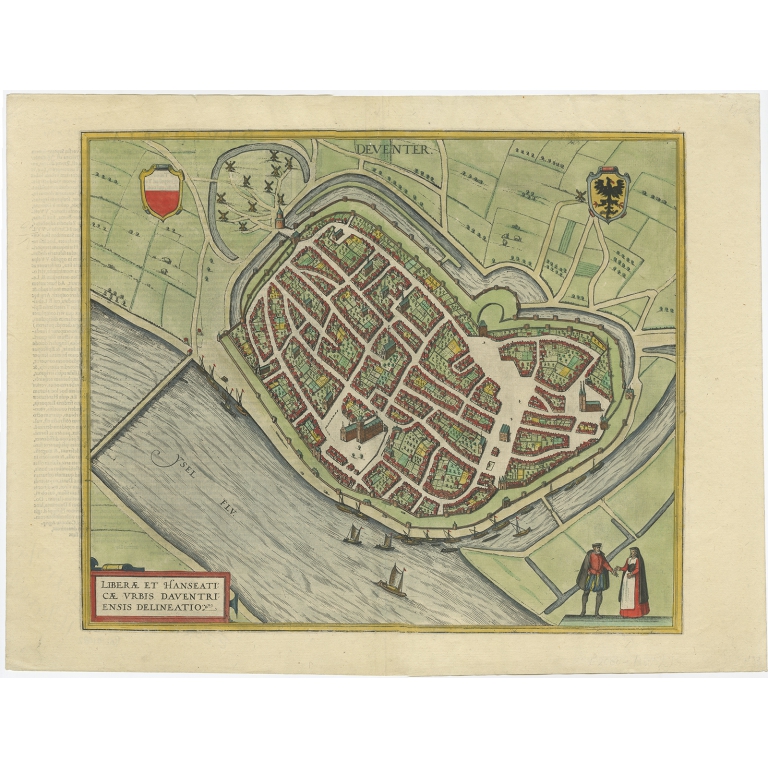