Antique Map of the City of Dordrecht by Braun & Hogenberg (c.1581) 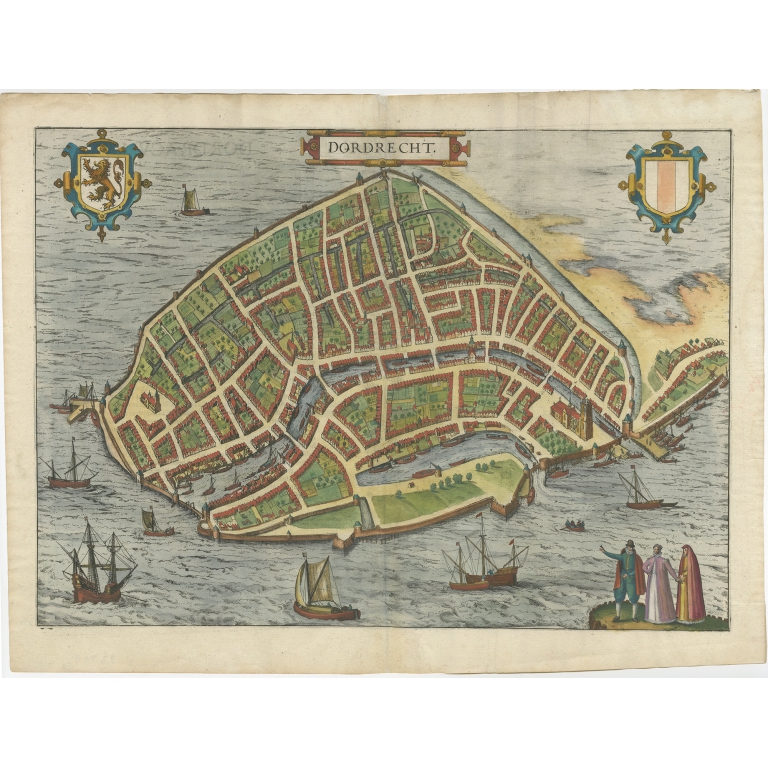 Description: Antique map titled 'Dordrecht'. Map of the city of Dordrecht, the Netherlands. Bird's-eye plan view of the city, with many ships and two coats of arms in upper corners. This map originates from 'Civitates Orbis Terrarum' by Braun & Hogenberg.

Artists and Engravers: The Civitates Orbis Terrarum, or the "Braun & Hogenberg", is a six-volume town atlas and the greatest book of town views and plans ever published: 363 engravings, sometimes beautifully coloured. It was one of the best-selling works in the last quarter of the 16th century. Georg Braun wrote the text accompanying the plans and views on the verso. A large number of the plates were engraved after the original drawings of Joris Hoefnagel (1542-1600), who was a professional artist. The first volume was published in Latin in 1572, the sixth volume in 1617. Frans Hogenberg created the tables for volumes I through IV, and Simon van den Neuwel created those for volumes V and VI. Other contributors were cartographer Daniel Freese, and Heinrich Rantzau. Works by Jacob van Deventer, Sebastian Münster, and Johannes Stumpf were also used. Translations appeared in German and French.