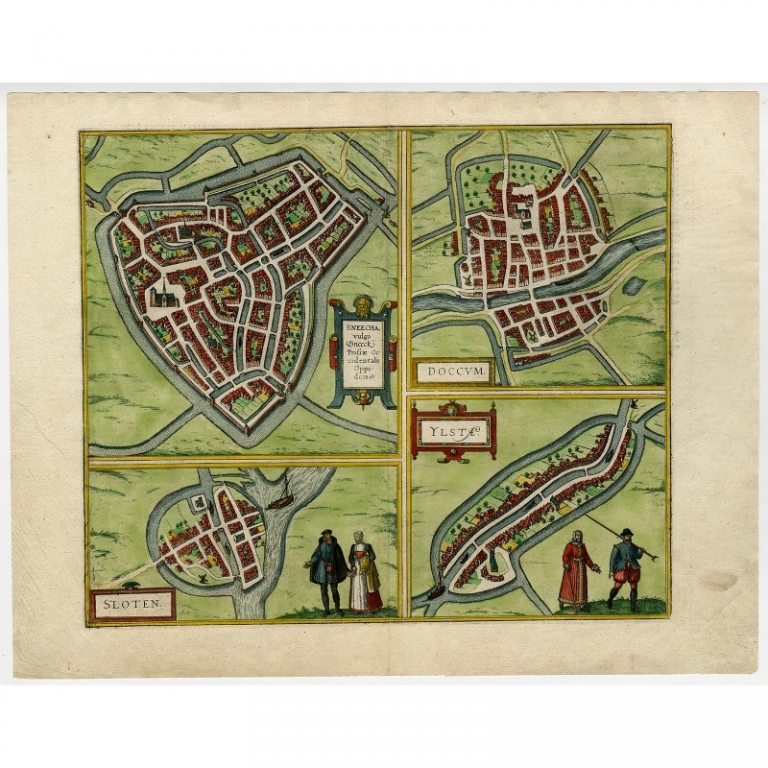 Artists and Engravers: Made by 'F. Hogenberg' and published by Braun & Hogenberg. Franz Hogenberg (1533-1588) was the son of a Munich engraver who settled in Malines. He engraved most of the plates for Ortelius' Theatrum and the majority of those in the Civitates, and may have been responsible for originating the project. Worked and died in Cologne/Germany. He was a prolific copper engraver and etching artist of maps and town views. In cooperation with Georg Braun he created the first four volumes of the Civitates Orbis Terrarum in 1572. The fifth and sixth volume was created by Simon van den Neuwel (Novellanus). Georg Braun (1542-1622), a German publisher and Frans Hogenberg issued the famous six volume town book "Civitates Orbis Terrarum" between 1572 and 1618. The volumes originally published in Latin, follow by German and French translations. The plates passed to Jan Janssonius who reissued the town books in 1657 while removing the costume figures on the plates.