Antique Map of the City of Hindeloopen by Braun & Hogenberg (c.1598) 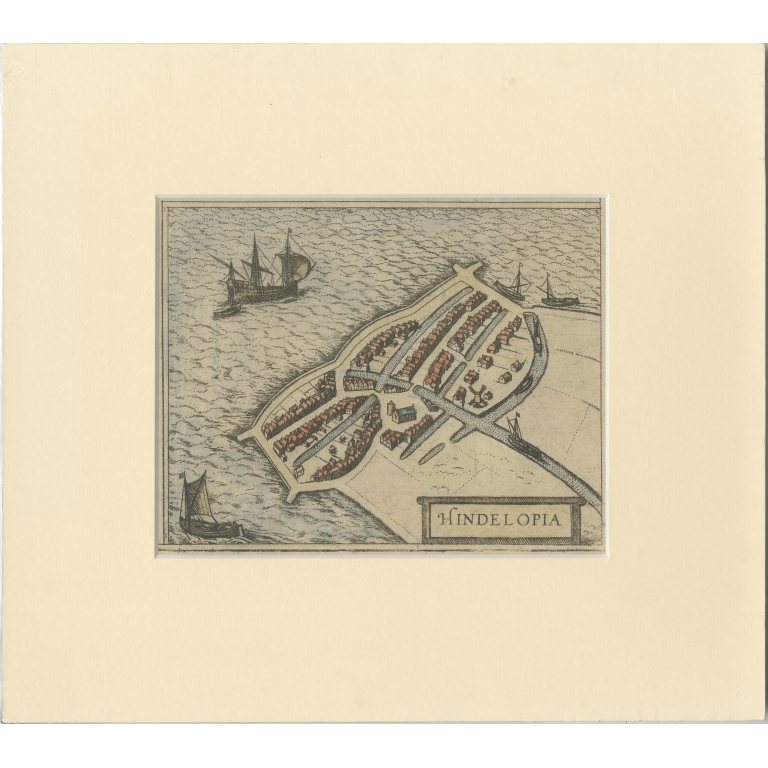 Description: Antique map titled 'Hindelopia'. Original antique map of the city of Hindeloopen, Friesland, the Netherlands. Originally published on one sheet together with other Frisian cities, trimmed. This print originates from the town atlas by Braun and Hogenberg.