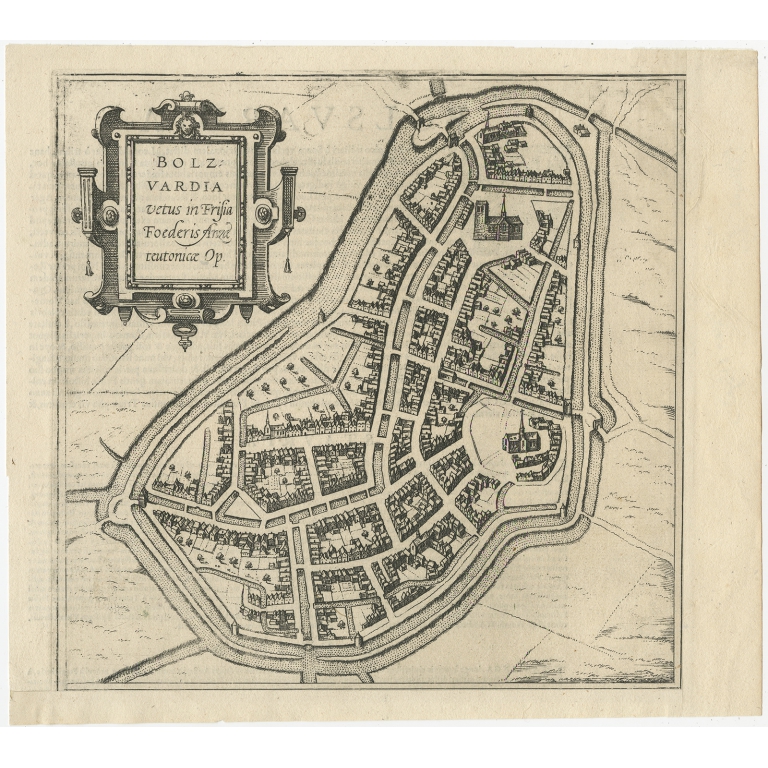 Description: Antique map titled ‘Bolzvardia vetus in Frisia Foederis (..)’. Old map of the city of Bolsward, Friesland. Originally part of a sheet together with the cities of Stavoren, Harlingen and Hindeloopen. This map originates from ‘Urbium praecipuarum totius mundi liber quartus‘. Latin text on verso.