Antique Print of the Convent of Buddhist Monks by Moubach (c.1730) 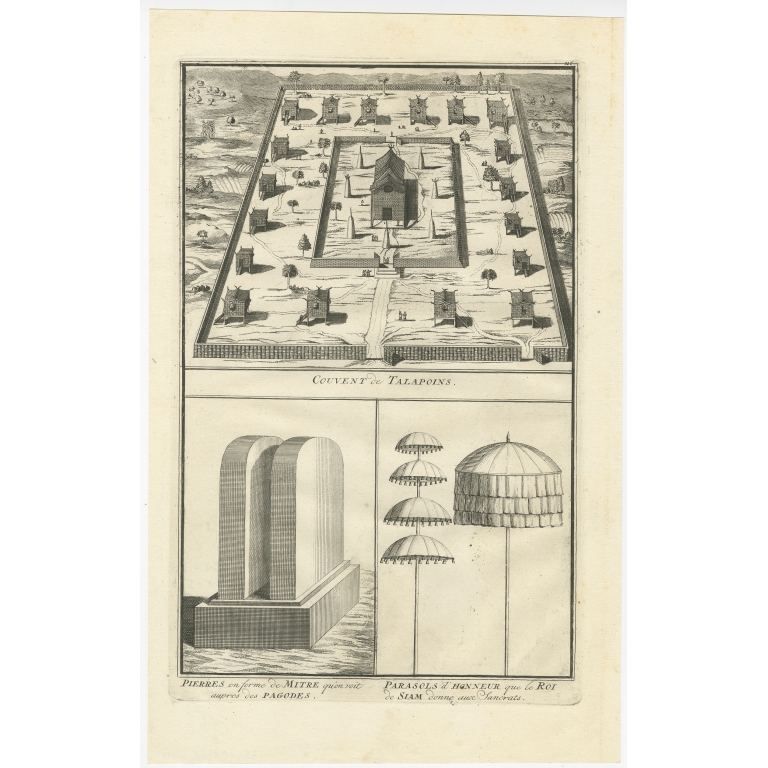 Description: Antique print titled 'Couvent de Talapoins - Pierres en forme de Mitre - Parasols d'Honneur'. This plate shows a convent of the Buddhist Talapoins, mitre schaped stones found next to Pagodas and parasols given by the King of Siam. This print originates from 'Ceremonies et coutumes Religieuses (..)' by A. Moubach.

Artists and Engravers: The most important engraver of this work is Bernard Picart (1673-1733). He was a French painter and engraver. He received his art education from his father, Etienne (1632-1721), from Le Brun and Jouvenet at the Royal Academy. His talents developed rapidly: at the age of sixteen he gained honors at the Academy of Paris.He was born in Paris and died in Amsterdam. Other engravers worked on this work as well.