Antique Print of Hannibal's crossing of the Alps by Appleton (1879) 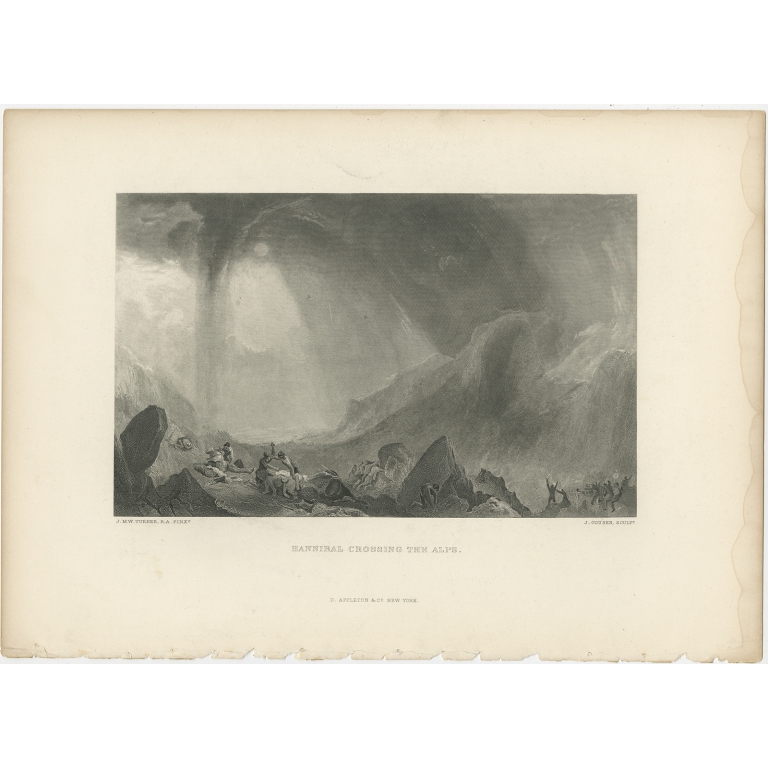 Description: Antique print titled 'Hannibal crossing the Alps'. Steel engraved view of Hannibal's crossing of the Alps. Hannibal's crossing of the Alps in 218 BC was one of the major events of the Second Punic War, and one of the most celebrated achievements of any military force in ancient warfare. Bypassing Roman and allied land garrisons and Roman naval dominance, Hannibal managed to lead his Carthaginian army over the Alps and into Italy to take the war directly to the Roman Republic. This print originates from 'The Turner Gallery', published by D. Appleton & Co.

Artists and Engravers: D. Appleton & Company was an American company founded by Daniel Appleton (December 10, 1785 – March 27, 1849), who opened a general store which included books. He published his first book in 1831. The company's publications gradually extended over the entire field of literature. It issued the works of contemporary scientists at moderate prices, for example, Herbert Spencer, John Tyndall, Thomas Huxley, Charles Darwin, etc. Medical books formed a special department, and books in the Spanish language for the South American market were a specialty which the firm made its own. In belles lettres and American history, it had a strong list of names among its authors.