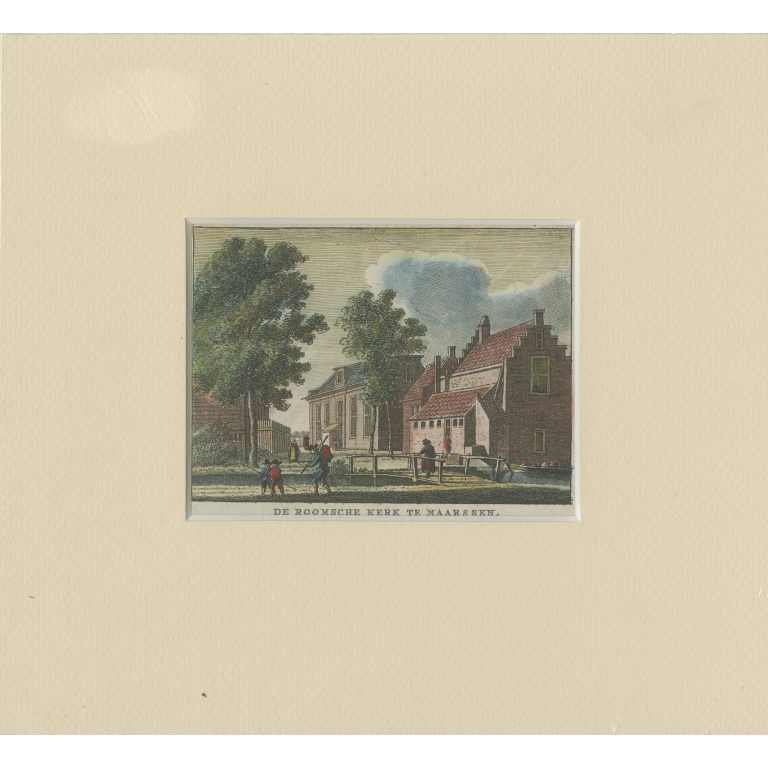 Artists and Engravers: Made by 'K.F. Bendorp' after 'J. Bulthuis'. Karel Frederik Bendorp (Sas van Gent, 1736 - Dordrecht, 1814) was a Dutch engraver, draftsman and painter of mostly city and town views. He was a student of Hendrik Kobell, Dirk Langendijk and Wouter Uiterlimmige. Jan Bulthuis (Groningen, 1750 - Amsterdam, 1801) was a Dutch artist, painter and draughtsman. His painting skills were trained under Jurriaen Andriessen, while his drawing was developed under Johannes Wieringa. While he initially painted landscapes for wall decorations, he later dedicated himself to drawing town and city views. He worked in Groningen until 1780, when he moved to Amsterdam. In 1785 he enrolled in the Stadstekenacademie (City Art Academy) and won a gold medal. His bvest known work is for "Tegenwoordigen Staat der Vereenigde Nederlanden". He also prepared a series of drawings for "Beschrijving van de Zaanlandsche Dorpen".