Antique Print of the Brouwersgracht in Amsterdam by Schenk (1708) 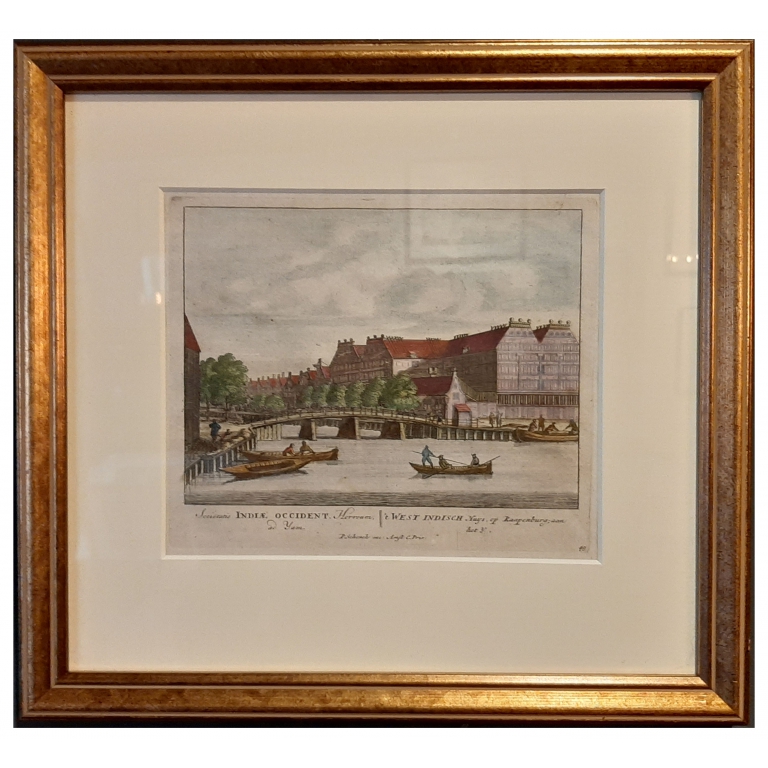 Description: Antique print titled 'Societatis Indiae Occident (..) - West Indisch Huys op Raapenburg (..)'. Despite the title suggesting this print is a view of the West-Indisch House in Amsterdam, this is actually a view of the Lijnbaansgracht/Brouwersgracht in Amsterdam, the Netherlands. This print originates from 'Afbeeldinge der voornaamste gebouwen van Amsterdam' by P. Schenk.