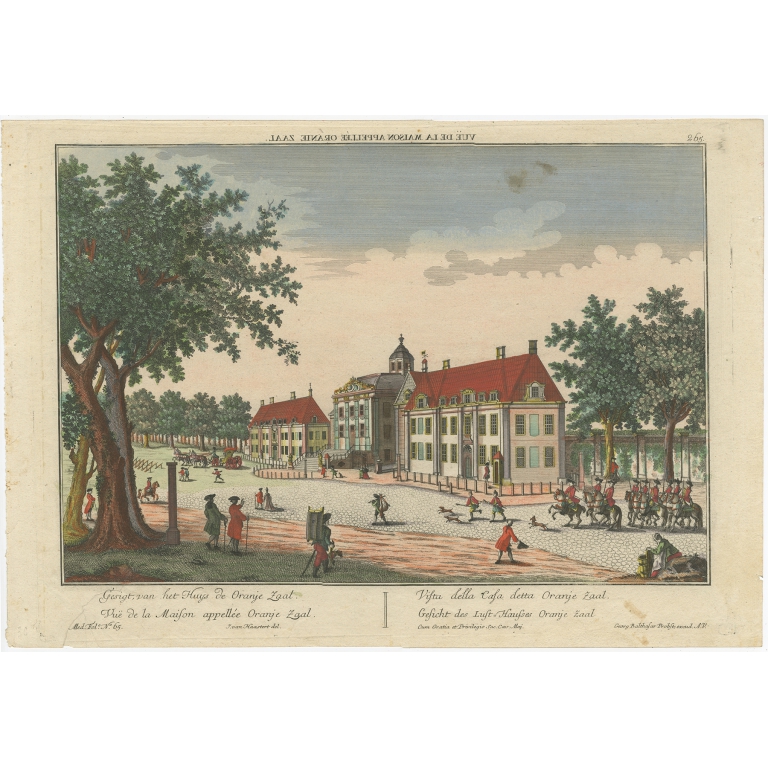 Description: Antique print titled 'Gesigt van het Huys de Oranje Zaal'. View of Huis ten Bosch, a royal palace in The Hague, the Netherlands. This is an optical print, also called 'vue optique' or 'vue d'optique', which were made to be viewed through a Zograscope, or other devices of convex lens and mirrors, all of which produced an optical illusion of depth.

Artists and Engravers: Georg Balthasar Probst (1732 - 1801) was a German artist, engraver and publisher in Augsburg.