Antique print of the Siege of Grave by Le Clerc (1730) 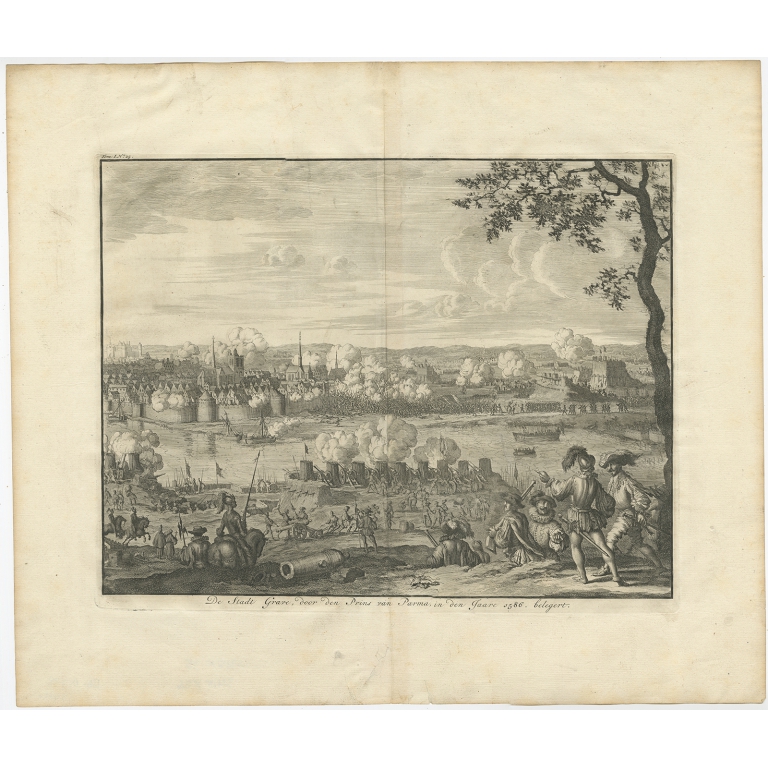 Artists and Engravers: The author of this work is Jean Le Clerc / Joannes Clericus (1657-1736). From Hugenot origin, he studied filosophy, hebrew and theology in Geneva and travelled in Europe. He objected the calvinistic orthodoxie and influenced by Grotius, Episcopius, Van Limborch and others, he moved to Amsterdam, where he became a Remonstrant. He became a professor at the Remonstrant seminary, a writer and publisher.