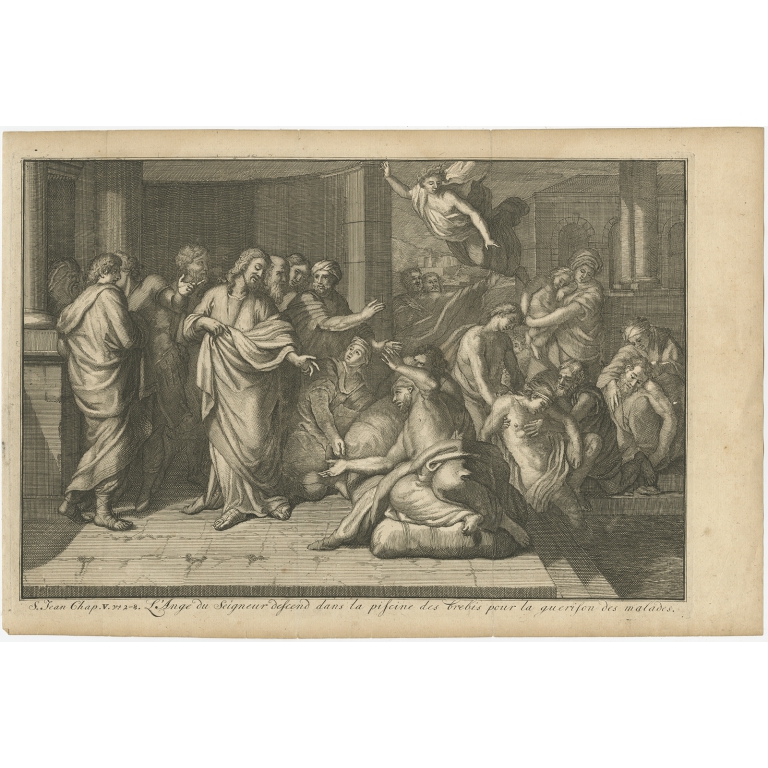 Description: Antique religious print titled 'L'Ange du Seigneur descend dans la piscine des brebis pour la guerison des malades'. The Angel descending into the pool of Bethesda near Jerusalem's Sheep gate, to heal the sick. Christ stands in the center, surrounded by sick people. After going into the water after the angel had stirred it up, they would be healed of their illnesses. (John 5:2-8). This print originates from 'Tafereelen des Ouden en Nieuwen Testaments […] Tableaux du Vieux & Nouveaux Testament.'