Antique Print of Jesus's Tomb in Jerusalem by Meyer (1836) 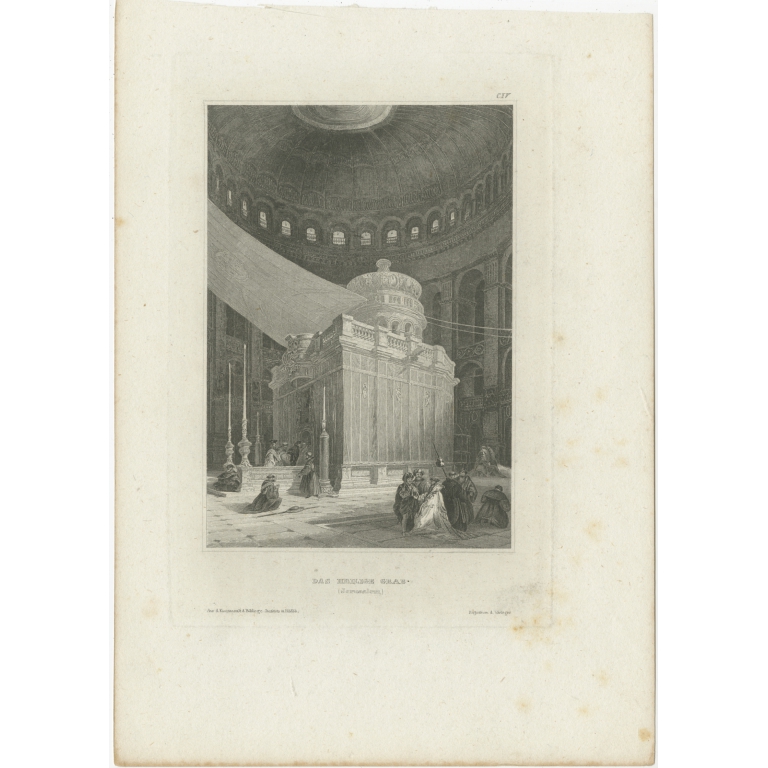