Antique Print of Batavia by Bowen (1744) 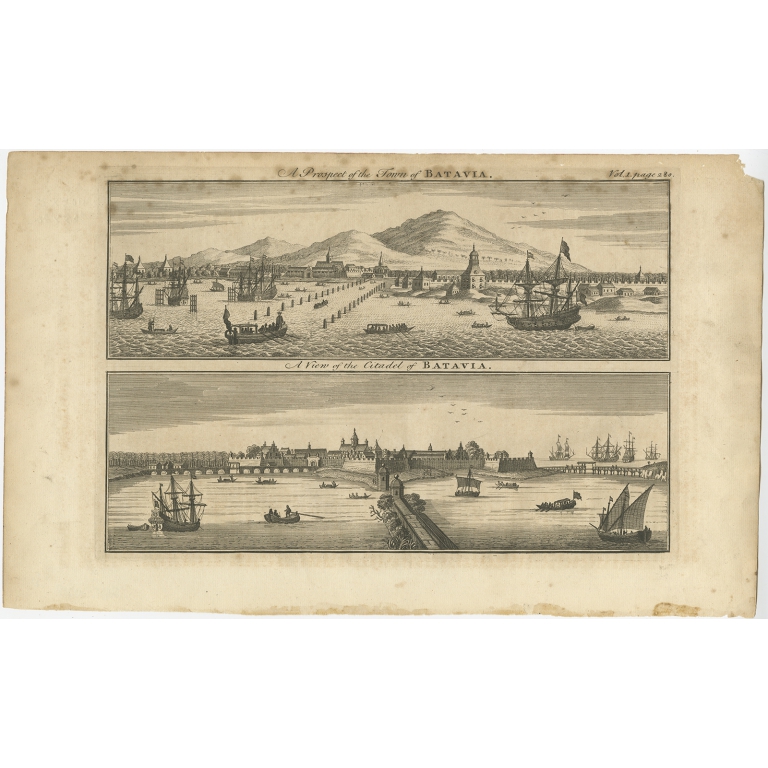 Description: Two views on one plate titled 'A Prospect of The Town of Batavia (and) A View of the Citadel of Batavia'. Beautiful views of Batavia (Jakarta), Indonesia. The upper view shows the city as seen from the water, and the lower, the fortress; both views with many ships and smaller vessels on the water.Originates from the re-issue of John Harris' 'Navigatium Atque Itinerarium Biblioteca'.

Artists and Engravers: Emmanuel Bowen (ca. 1694-1767), engraver and print seller. He was most well-known for his atlases and county maps. Although he died in poverty, he was widely acknowledged for his expertise and was appointed as mapmaker to both George II of England and Louis XV of France. His business was carried on by his son, Thomas Bowen, and he trained two other prolific mapmakers, Thomas Kitchin and Thomas Jeffreys.