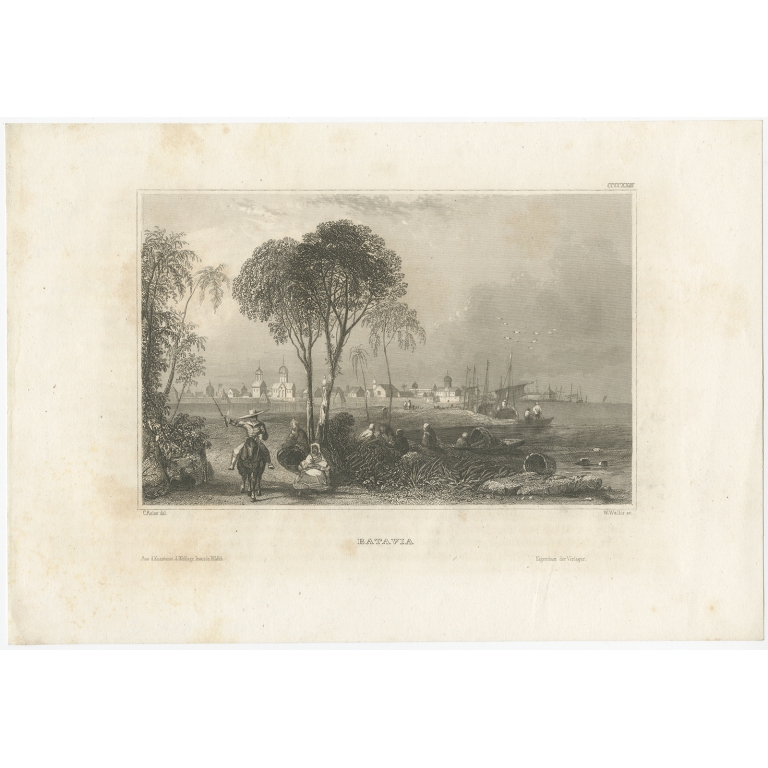 Artists and Engravers: Engraved by W. Wallis after C. Reiss. Joseph Meyer (May 9, 1796 - June 27, 1856) was a German industrialist and publisher, most noted for his encyclopedia, Meyers Konversations-Lexikon. Meyer operated very successfully as a publisher, employing a system of serial subscription to publications, which was new at that time. To this end he founded a company, Bibliographisches Institut, in Gotha in 1826. It published several editions of the Bible, works of classical literature ("Miniatur-Bibliothek der deutschen Classiker", "Groschen-Bibliothek"), atlases, the world in pictures on steel engravings ("Meyers Universum", 1833–61, 17 volumes in 12 languages with 80,000 subscribers all over Europe), and an encyclopaedia.