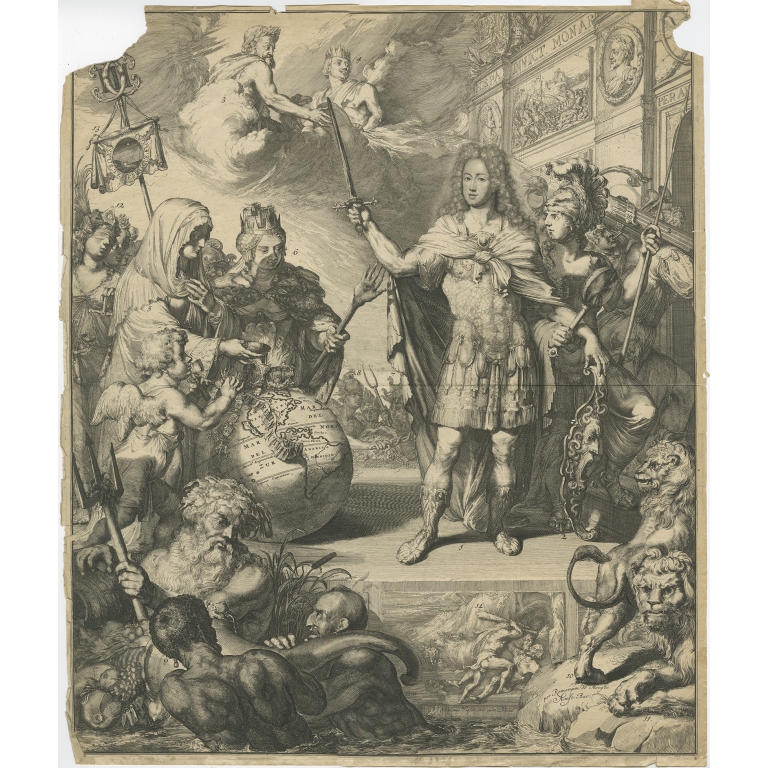 Description: Allegorical portrait of the Archduke Charles of Austria (calling himself the Spanish king Charles III) as Roman general, 1704. In the foreground near Neptune, Africa and Asia carry a cornucopia, in the background America brings her treasures.