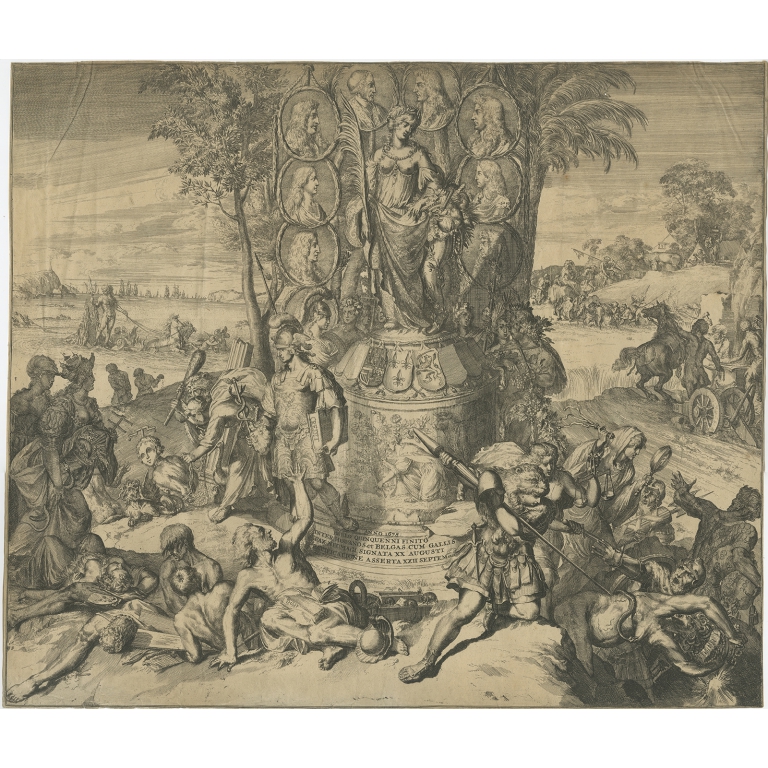 Description: Antique print titled 'Tafereel van de Vrede'. Allegory on the conclusion of the Peace of Nijmegen; figure of Peace on a pedestal, surrounded by portrait busts of eight princes; Neptune riding the liberated seas at left and swords being beaten to plough-shares at right.