Antique Print with an Allegory of France by De Hooghe (1676) 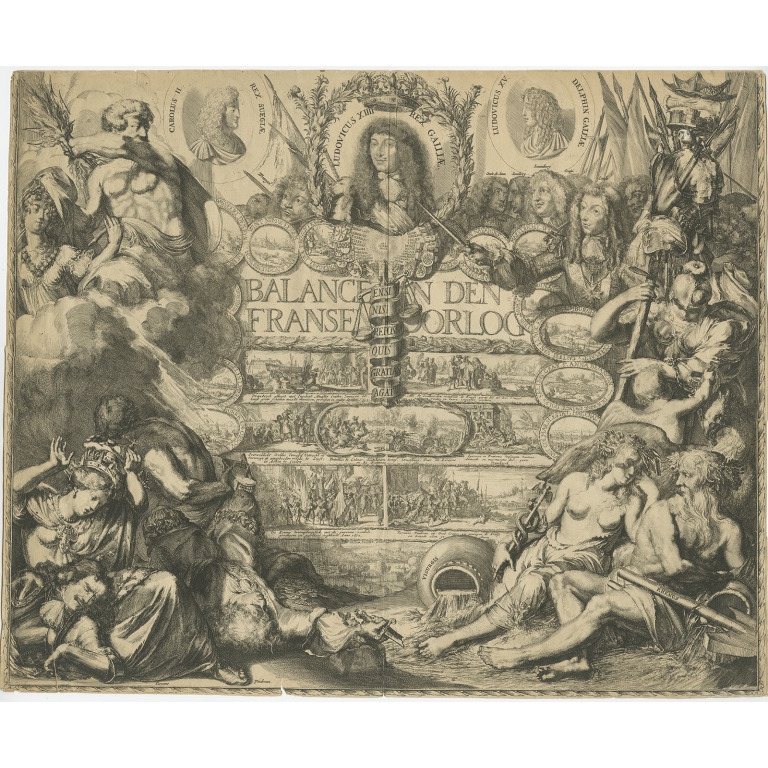 Description: Antique print titled 'Balancen den Franse Oorlog'. Allegory of France and her allies at war; portrait of Louis XIV, flanked by those of Charles XI of Sweden and the Dauphin, above 7 small panels with battle scenes, 14 medallions representing other battles, with political and allegorical figures to either side.