Pl.7 Antique Print of a Leper from Iceland by Gaimard (1842) 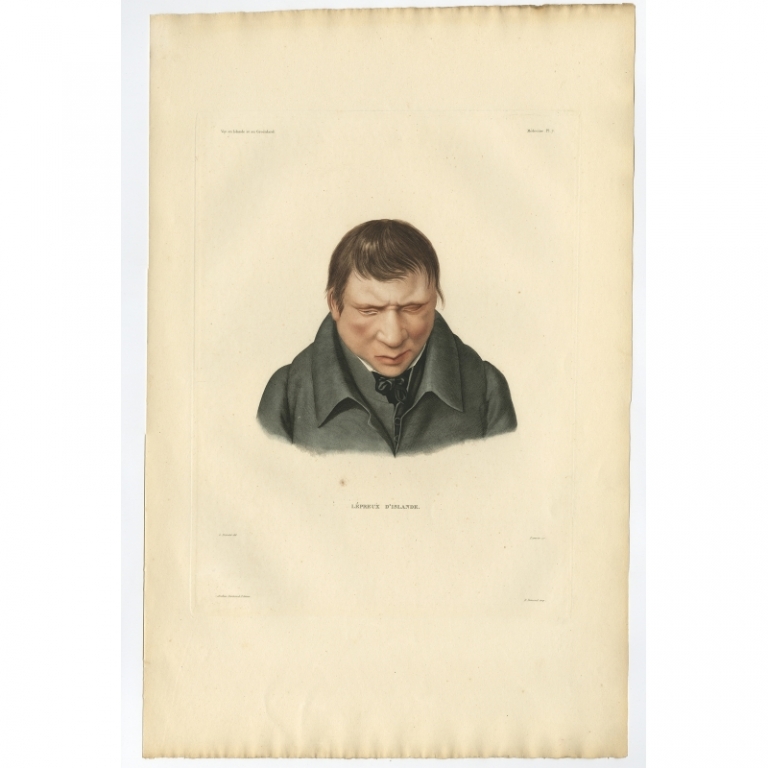 Artists and Engravers: Made by 'Lanvin' after 'L. Bevalet'. Paul Gaimard (1793-1858) served on board the Uranie under Freycinet during his circumnavigation of the world, and was partly responsible for the zoological studies published as a result of that voyage. He later served under Dumont d'Urville on board the Astrolabe during the La Perouse search expedition in 1826-1829. Gaimard's voyage to Iceland embarked in 1835 in search of the expedition of Jean de Blosseville from whom nothing had been heard since 1833. No trace was found, but the present work is the result of Gaimard's extensive travels through Iceland, and contains many fine views.