Antique Print of Sarah Baartman and a Boy by Bertuch (1816) 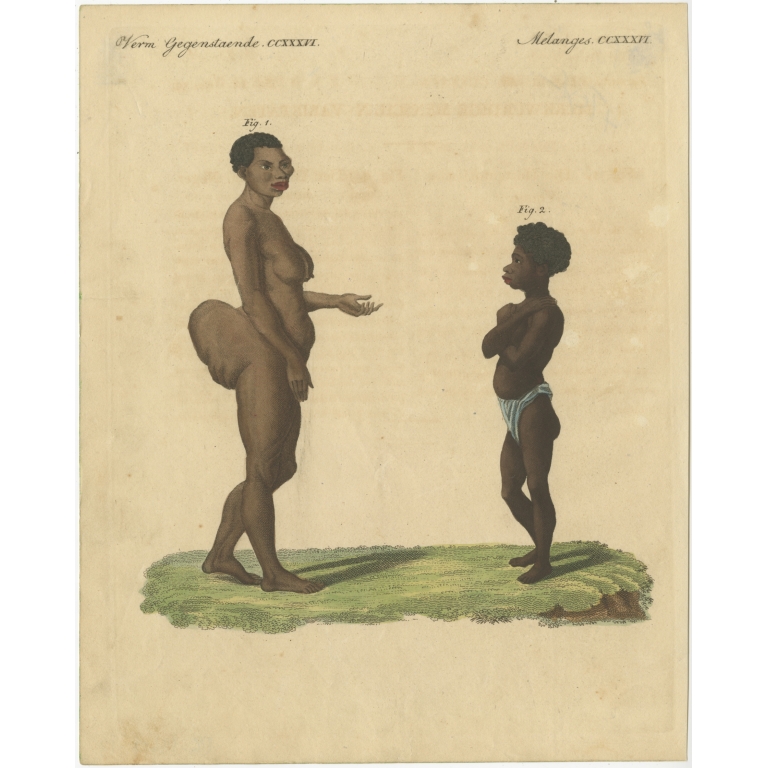 Description: Original antique print of Sarah Baartman and a young boy. Sarah Baartmanwas the best known of at least two South African Khoikhoi women who, due to the European objectification of their buttocks, were exhibited as freak show attractions in 19th-century Europe under the name Hottentot Venus—"Hottentot" was the name for the Khoi people, now sometimes considered as offensive term, and "Venus" referred to the Roman goddess of love and fertility. This print originates from 'Bilderbuch für Kinder'. Published 1816.

Artists and Engravers: Friedrich Johann Justin Bertuch (1747-1822 German) was a German publisher and patron of the arts.