Antique Print of Elisabeth of Austria and Charles IX by Lemercier (c.1850) 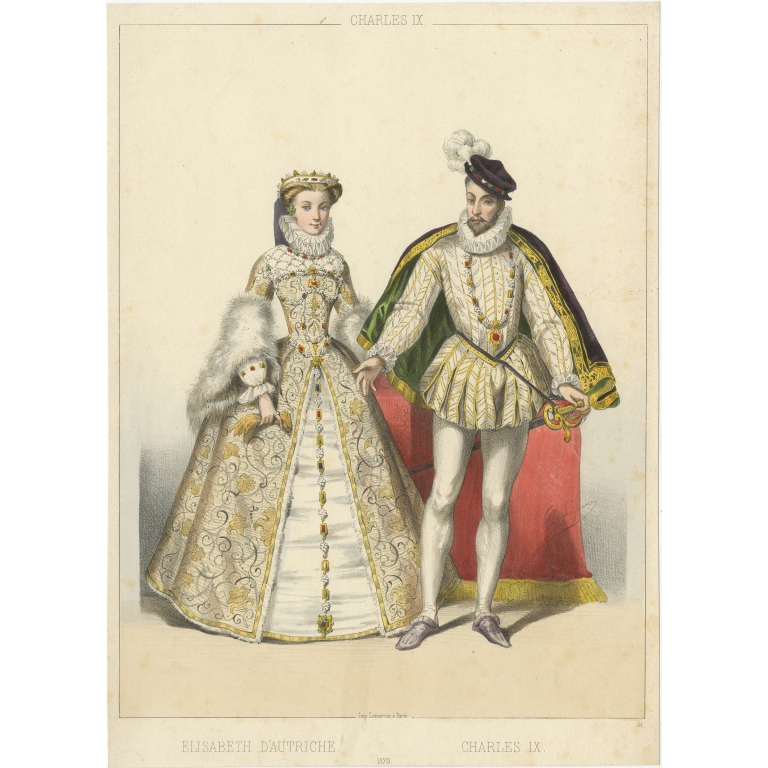 Artists and Engravers: Published by Lemercier, a Parisian firm of lithographic (and later photogravure) printers founded by Joseph Rose Lemercier (1803-1887), who began as the foreman for Langlumé in 1825; working on his own account from 1827.