Antique Print of a Knight performing Homage by Meyrick (1842) 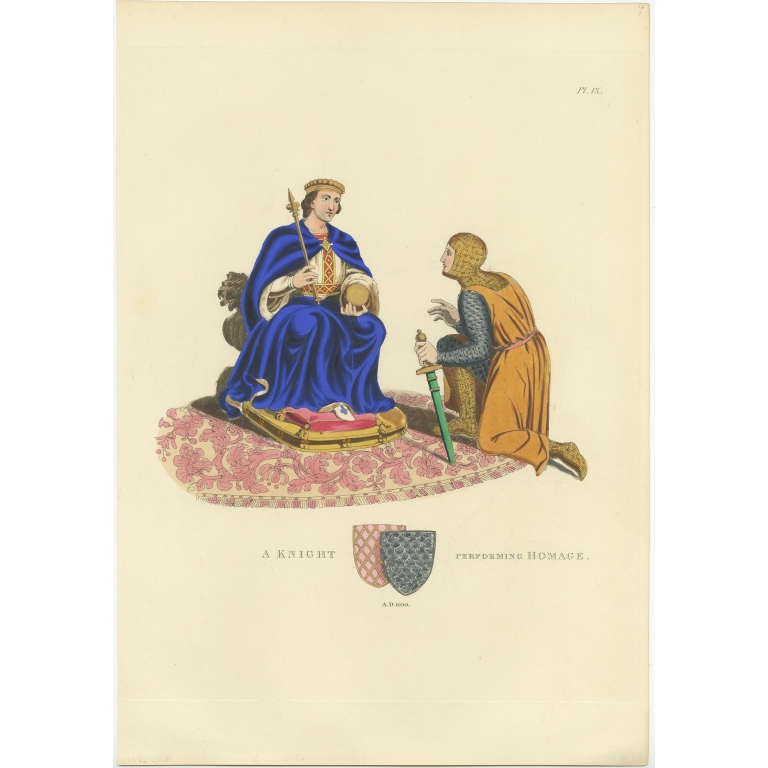 Description: Antique print titled 'A Knight performing Homage'. Old print of a homage ceremony. Homage (from Medieval Latin hominaticum, lit. "pertaining to a man") in the Middle Ages was the ceremony in which a feudal tenant or vassal pledged reverence and submission to his feudal lord, receiving in exchange the symbolic title to his new position (investiture). It was a symbolic acknowledgement to the lord that the vassal was, literally, his man (homme). This print originates from 'A critical inquiry into antient armour as it existed in Europe (..)' by Sir Samuel Rush Meyrick.