Antique Print of the City of Valence by Meyer (1848) 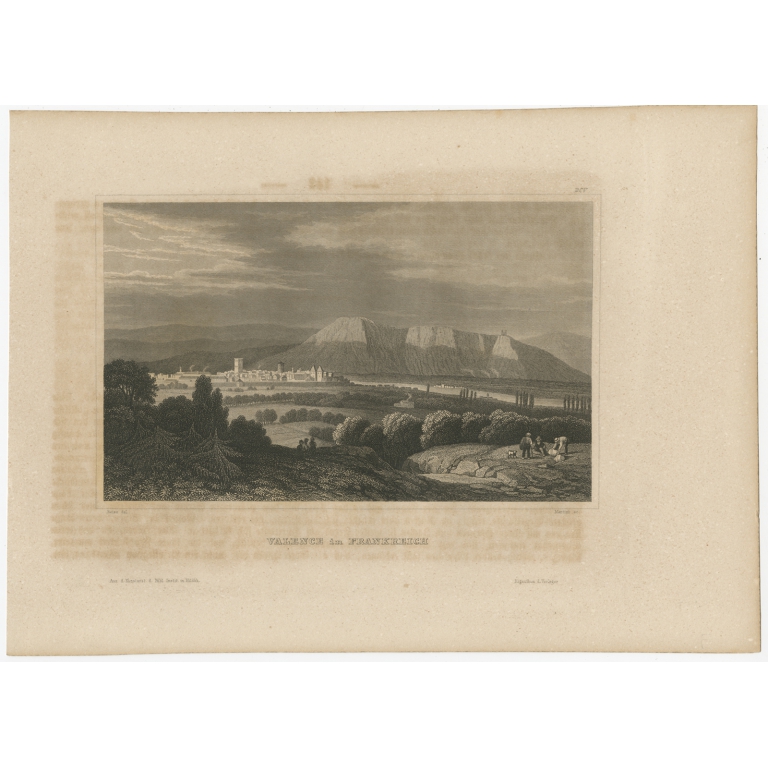 Description: Antique print titled 'Valence in Frankreich'. View of the city of Valence in France. Originates from 'Meyers Universum'.