Antique Print of the Palace of Versailles by Meyer (1848) 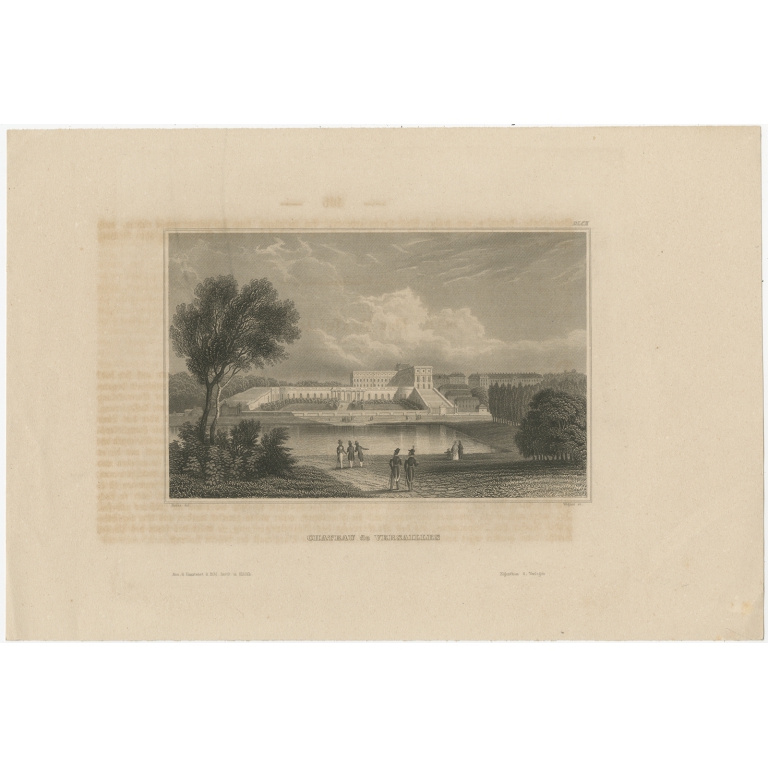