Antique Print of the July Column in Paris by Meyer (1841) 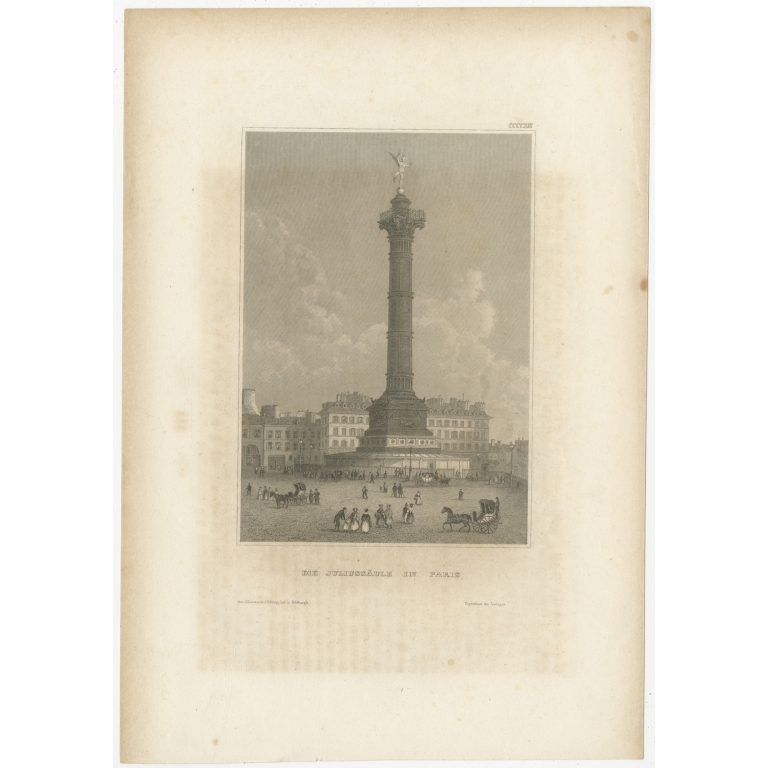