Antique Print of the Temporary Grave of Napoleon by Meyer (1840) 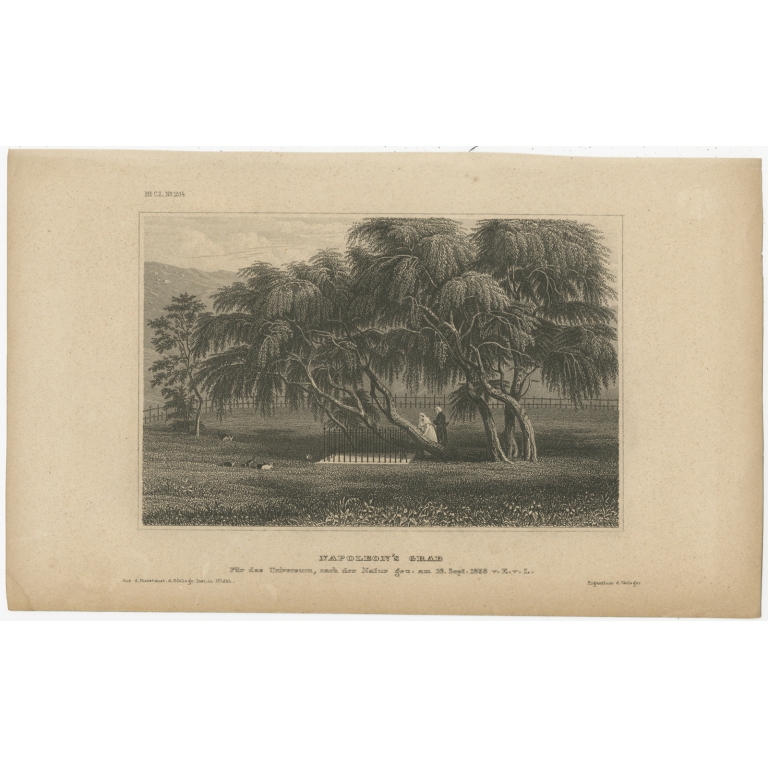 Description: Antique print titled 'Napoleon's Grab'. View of the temporary grave of Napoleon Bonaparte. After his death, on 5 May 1821, Napoleon Bonaparte was buried on this spot at Hutts Gate. In 1840 his remains were moved from St. Helena to Paris, where he finally got his final resting place in 1861 at the Hôtel des Invalides (Dôme des Invalides). Originates from 'Meyers Universum'.