Antique Print of the Falun Mine by Meyer (1859) 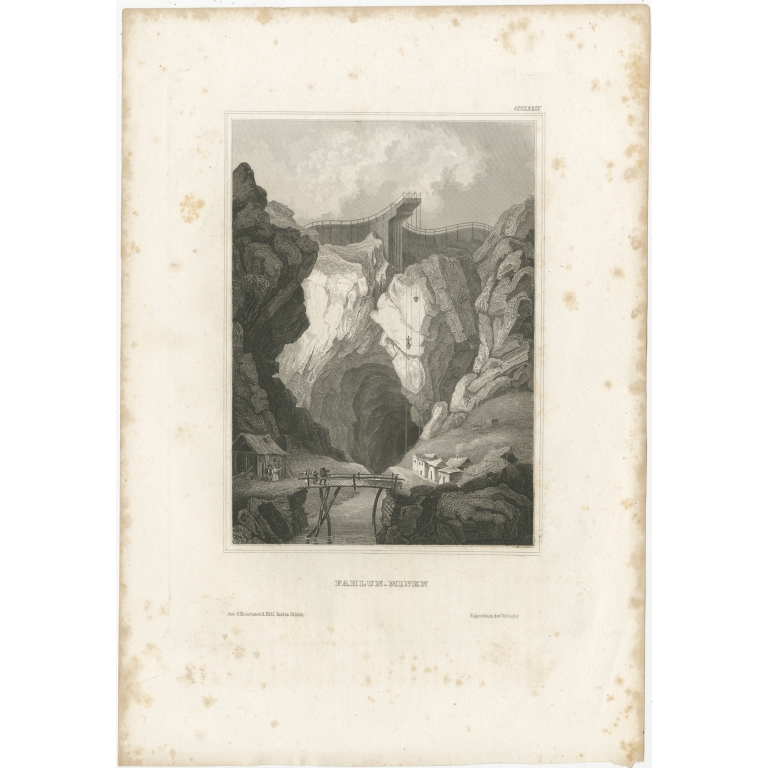 Description: Antique print titled 'Fahlun-Minen'. View of the Falun Mine, a mine in Falun, Sweden, that operated for a millennium from the 10th century to 1992. Originates from 'Meyers Universum'.