Antique Print of the Railway Tunnel near Liverpool by Bury (c.1832) 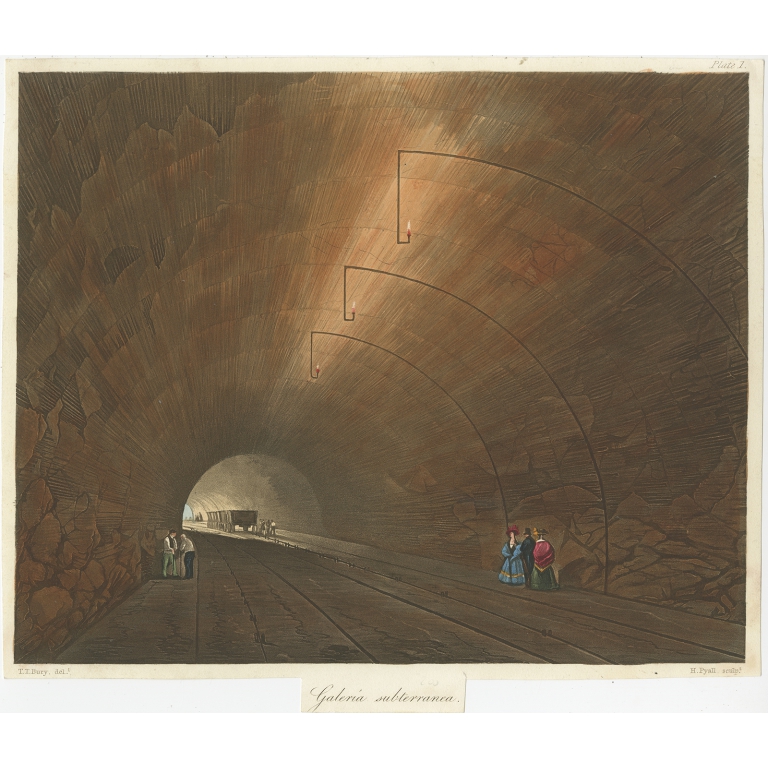