Antique Print of Cupid and a Crocodile by Van Veen (1608) 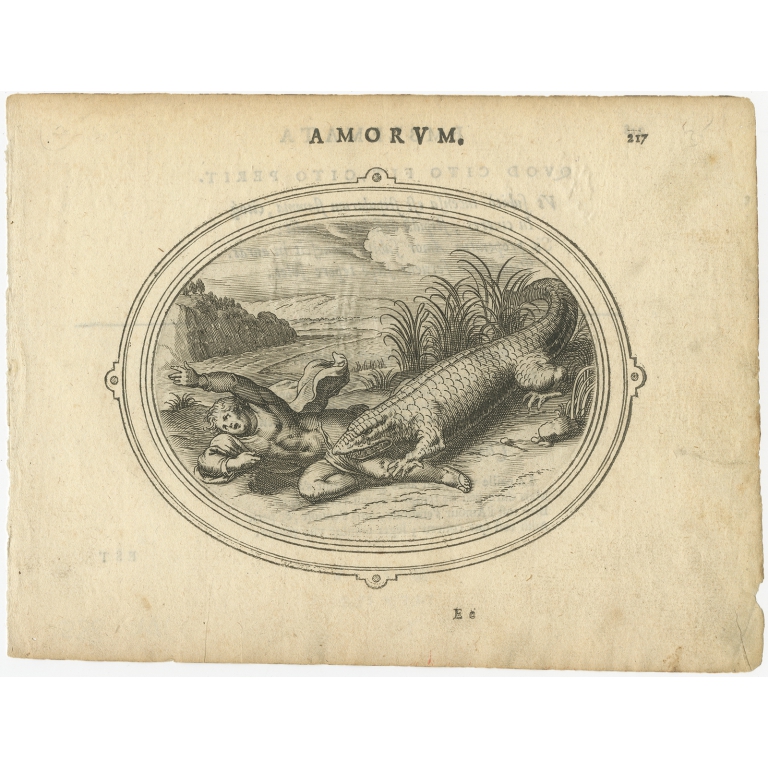 Description: Antique print of Cupid and a crocodile. This print originates from 'Amorum Emblemata', this work includes engravings of Cupids encountering the various trials of Love. The emblematic illustrations include verses in Latin, Dutch and French. The verse of this print would translate to 'Love is the opposite of a crocodile. They say the crocodile has such a nature, that he cries when he is killing and devouring men. But Amor has an opposite nature, for he laughs when he makes lovers perish'.

Artists and Engravers: Otto van Veen, also known by his Latinized name Otto Venius or Octavius Vaenius, (c.1556 – 6 May 1629) was a painter, draughtsman, and humanist active primarily in Antwerp and Brussels in the late sixteenth and early seventeenth century.