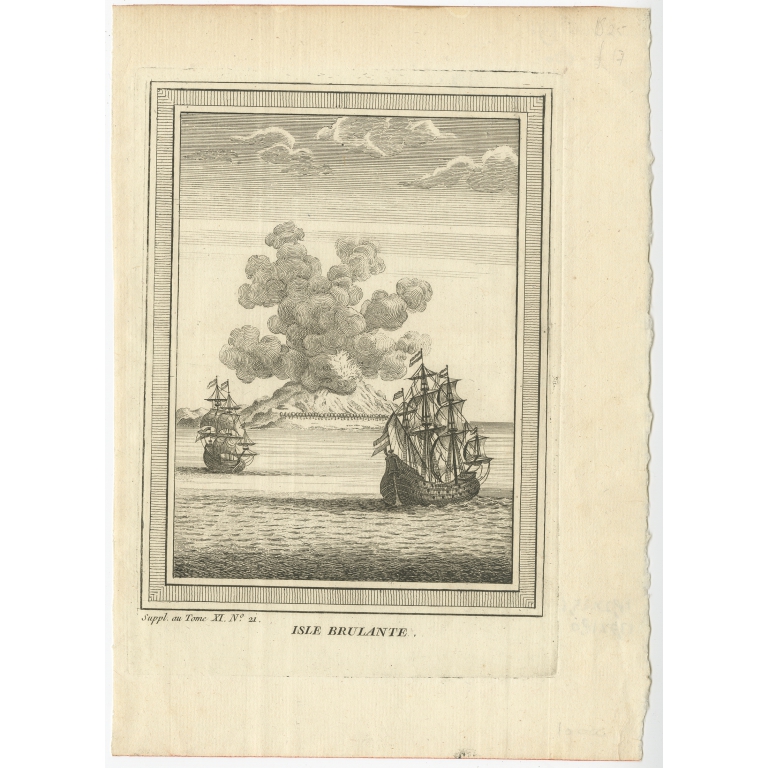 Description: Antique print titled 'Isle Brulante'. Old print of the volcano Island Brulante in the Indian Ocean near New Guinea, seen by William Dampiers on his voyage to New Holland in 1699. Made by Bellin for 'l'Histoire Generale des Voyages', by Antoine François Prévost (the Abbé Prévost).