Antique Print of the Cave of the Patriarchs by Meyer (1838) 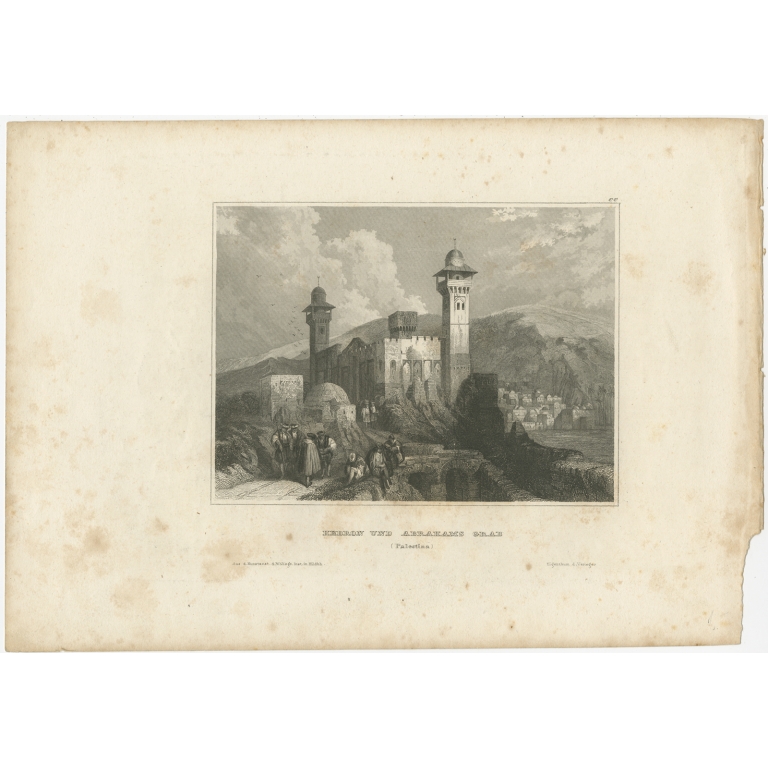