Antique Print of the Luding Bridge by Martyn (1782) 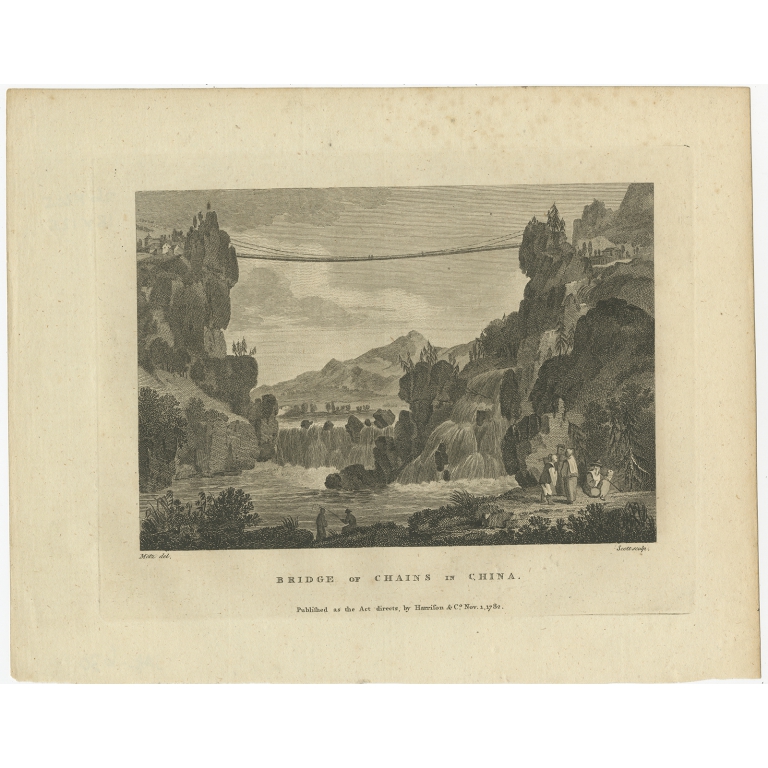 Description: Antique print titled 'Bridge of Chains in China'. Engraving of the Luding Bridge (Bridge of Chains) in China. The Luding Bridge is a bridge over the Dadu River, Sichuan, China, The bridge dates from the Qing Dynasty and is considered a historical landmark. In 1935, during the Long March, soldiers of the Fourth Regiment of the Chinese Workers and Peasants' Army secured the bridge as a river crossing vital to the Red Army. This print originates from 'The Geographical Magazine' by William Frederick Martyn.

Artists and Engravers: Engraved by Heath, published by Harrison & Co.