> Antique Prints>Architecture & Design>Antique Print of the Duke of York's Palace by Woolfe (c.1770)

Antique Print of the Duke of York's Palace by Woolfe (c.1770) 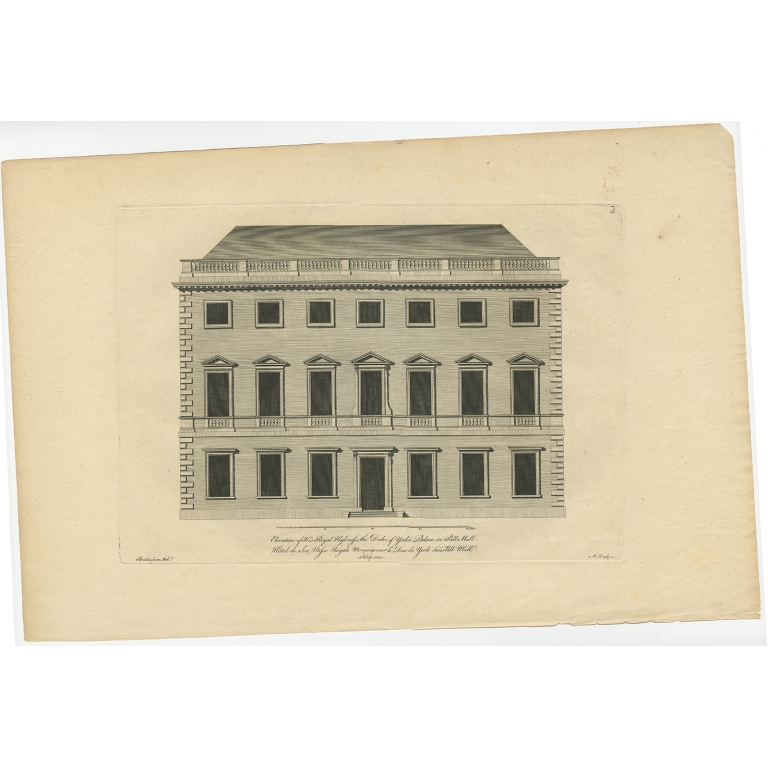 Artists and Engravers: Colen Campbell's Vitruvius Britannicus is considered one of the greatest eighteenth-century English architectural works. Campbell published the first three volumes between 1715 and 1725, but the text was continued in two subsequent volumes by Woolfe and Gandon in 1767 and 1771. The work is comprised of large, finely engraved illustrations, plans, and cross sections of English country houses and parks.