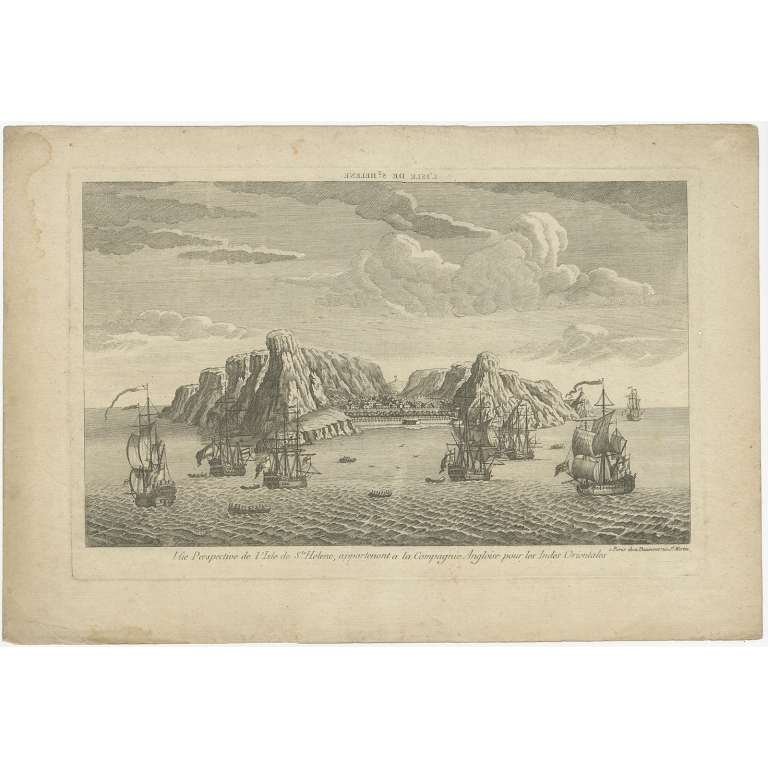 Description: Antique print titled 'Vüe perspective de l'Isle de Ste Helene, appartenant à la Compagnie Angloise pour les Indes Orientales'. Optical print of Saint Helena in the Atlantic Ocean belonging to the British East India Company. This is an optical print, also called 'vue optique' or 'vue d'optique', which were made to be viewed through a Zograscope, or other devices of convex lens and mirrors, all of which produced an optical illusion of depth.

Artists and Engravers: Published by Daumont. Daumont was a well-known publisher of optical prints, established in Paris. In the eighteenth and nineteenth centuries there were many popular speciality establishments in Paris, Augsburg and London which produced optical viewing devices and special engravings to be viewed through them.