Antique Print of Longwood on St. Helena by Meyer (1840) 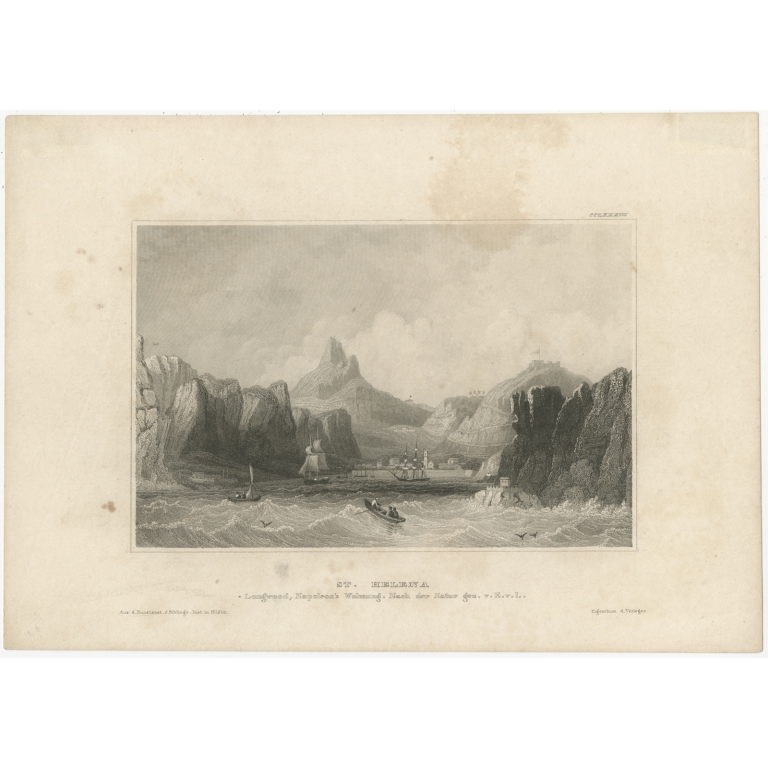 Description: Antique print titled 'St. Helena - Longwood, Napoleon's Wohnung (..)'. View of Longwood on St. Helena, the final residence of Emperor Napoleon Bonaparte of France, during his exile on the island of Saint Helena, from 10 December 1815. Originates from 'Meyers Universum'.