> Antique Prints>Military & Political>Antique Print of the French attack on Newfoundland by Basset (c.1770)

Antique Print of the French attack on Newfoundland by Basset (c.1770) 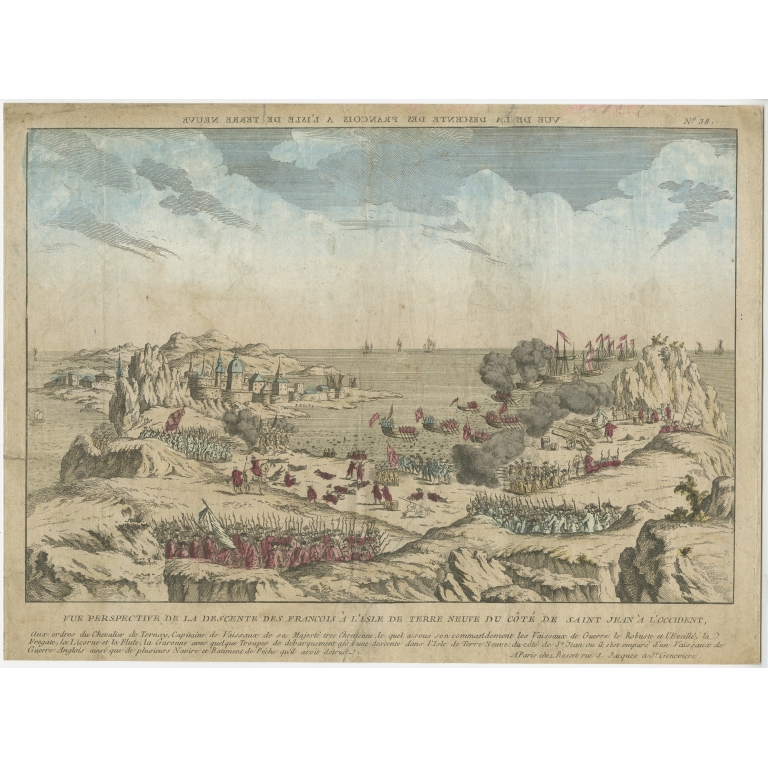 Description: Antique print titled 'Vue de la descente des Francois a l'Isle de Terre Neuve'. Optical print of the French attack on Newfoundland near St. John's. Attack under the command of Chevalier de Ternay, (...), with the warships the Robust and the Eveillée, the frigate Licorne and the Flute, the Garonne with some troops landing. He landed in Newfoundland on the side of St. John's where he took an English warships and several ships and fishing vessels that he has destroyed. This is an optical print, also called 'vue optique' or 'vue d'optique', which were made to be viewed through a Zograscope, or other devices of convex lens and mirrors, all of which produced an optical illusion of depth.

Artists and Engravers: The Basset firm was an important publisher located on rue Saint-Jacques, active from 1700 to 1865. The Basset's published a variety of prints: from luxurious art prints, optical prints to inexpensive prints, children prints and even wallpaper. They smartly adapted and manoeuvered through changing political times.