> Antique Prints>Military & Political>Antique Print of the issue of the Golden Bull of 1356 by Böttger (c.1820) 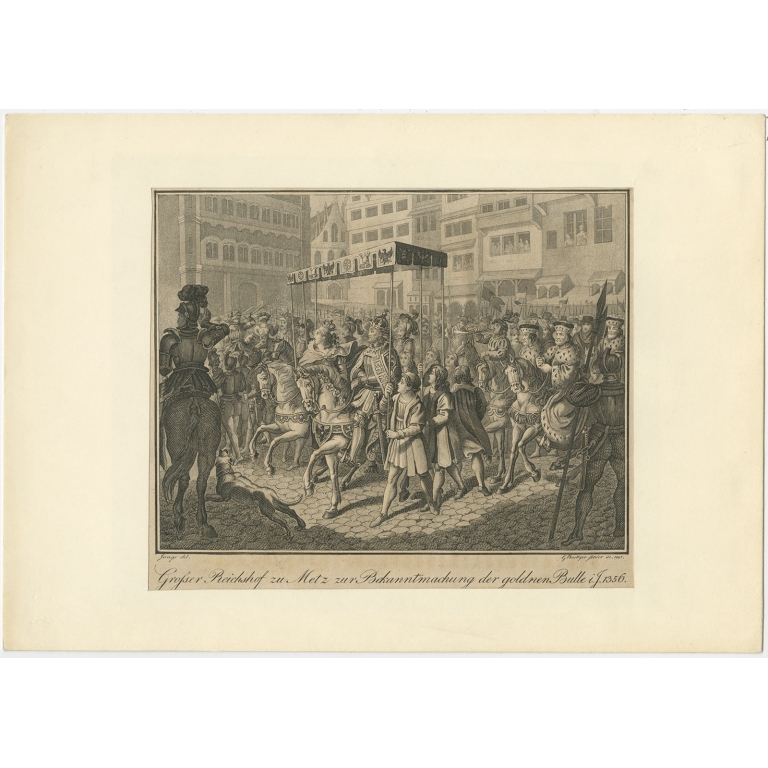 Description: Antique print titled 'Grosser Reichhof zu Metz zur Bekanntmachung der goldnen Bulle, 1356'. View of the issue of the Golden Bull of 1356. The Golden Bull was a decree issued by the Imperial Diet at Nuremberg and Metz (Diet of Metz, 1356/57) headed by the Emperor Charles IV which fixed, for a period of more than four hundred years, important aspects of the constitutional structure of the Holy Roman Empire. It was named the Golden Bull for the golden seal it carried. Source unknown, to be determined.

Artists and Engravers: Engraved by Böttger.